This is a new little blog series in which I showcase my album collection.

And if you are going to start with A, then Aerosmith is a perfect band to kick it off. 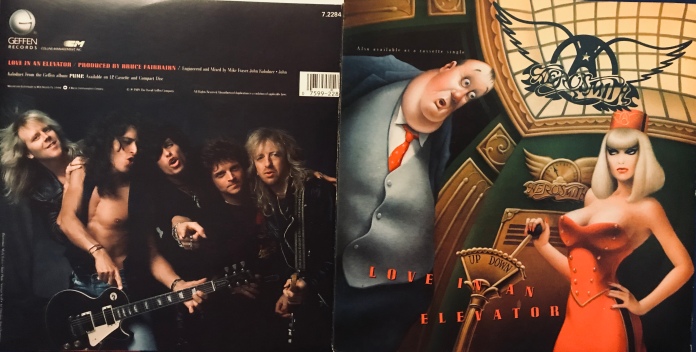 I purchased the single to “Love In The Elevator” first and really dug the B side “Young Lust”. And that clip was everywhere. The scorched earth marketing policy Geffen employed was working. I didn’t buy it straight away, but “Pump” had the distinction of being my first Aerosmith album purchase.

And “Pump” is a solid album from start to finish. 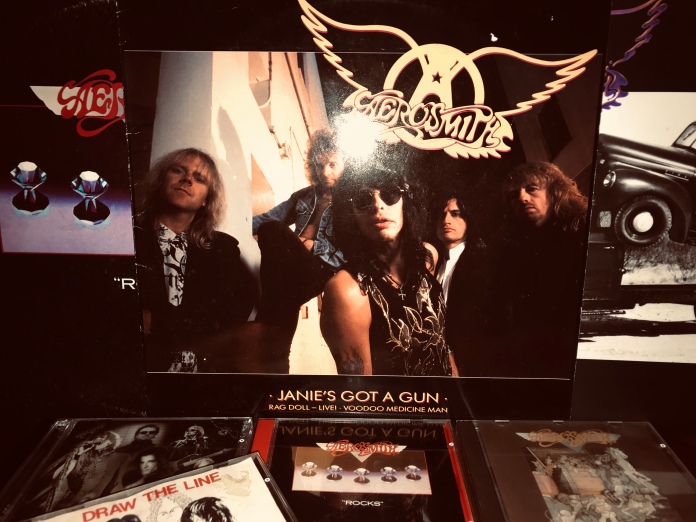 Even in that late 80’s period of mega sales, Aerosmith still had their sound rooted in the blues. It’s why they kept their existing fan base and they just added enough catchiness to grab new fans along the way.

I got “Get A Grip” as soon as I could get it and for the amount of songs on it, I was disappointed with it as an album, but it did give me “Eat The Rich” (love the verse riff), “Get A Grip” , “Livin On The Edge” and “Crying”.

At this point in time, I needed to get my hands on some of their earlier 70’s releases. But I started with “Aerosmith’s Greatest Hits” as it was an obvious choice to peruse their back catalogue.

“Draw The Line” was next with the mighty “Kings And Queens”. On the “Greatest Hits” collection the song was edited down to 3.48 from its original 4.55 running time. But hearing it in it’s full glory is excellent. I swear Dave Meniketti built his career on this song.

“Toys In The Attic” came next, followed by the excellent “Rocks” and the unbelievable riffy “Nobody’s Fault”.

“Get Your Wings” and “Night In The Ruts” proved disappointing however back in the present, I was surprised at “Nine Lives” and the risk they took to bring exotic melodies into their music, like “Taste Of India”, which is an excellent song.

Through streaming I’ve heard the other albums that I don’t have, but don’t feel a real need to go out and get em as I’m quite happy having access to em.

Here is the playlist.

Happy to hear about other people’s favorites.

14 thoughts on “The Album Vaults – Aerosmith”