“Raw Tracks” is a Japanese release and “Painkillers” is a bootleg of a live recording and studio outtakes from the “Too Fast For Love” sessions.

It was the first time I heard “Stick To Your Guns”. I wasn’t a fan of the song overall, but the lyrics resonated, about sticking to your guns because what is right for you, ain’t right for everyone.

On the “Raw Tracks” tape side, I added the tracks from the 12 inch “Without You” single as well. No point in wasting the precious blank tape reel.

And it’s the first time I heard the term “Original Leathur Mix”, which meant I was on a quest to acquire this legendary self funded independent album.

I had a King Diamond spell because of guitarist Andy LaRocque.

When I heard his riffs and solos, it was at a time in my life circa 1990, which had a lot of the hard rock bands delivering stock standard bubblegum music, like Brinty Fox, Roxx Gang and Skin N Bones and LaRocque was very different.

He combined hard rock influences with this feel that I call Euro Rock. And King Diamond has a unique voice between Rob Halford/Pavarotti like falsetto highs and a low gravelly tone like Lenny.

And both albums are concept records.

Listen to “Eye Of The Witch” for it’s groove or “Sleepless Nights” for its technical riffs.

Twisted Sister – Under The Blade and King Diamond – Them

I needed some music for my Walkman and I remember dubbing these from my cousin Mega.

This is the Secret Records release of “Under The Blade” which has a mix I prefer over the Atlantic re-issue. 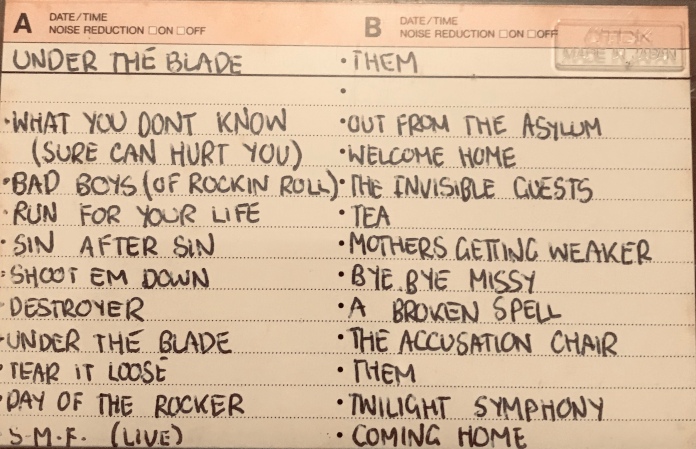 It’s my favourite Kiss live album. A casual pop friend picked it up on CD, told me about it and I was over there in a flash with a blank cassette to copy it. 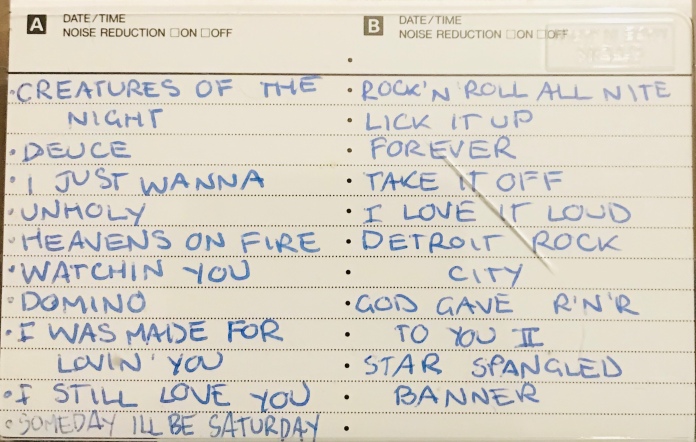 And somehow I had room on side A, so I included a Jovi cut, so I don’t waste the tape reel.