It pisses me off how some hard rock albums are not on Spotify. Maybe it’s an RCA label thing, or a Steve Plunkett thing, because the 80s recorded output of Autograph isn’t on the streaming service.

Autograph were either loathed or liked. There was no in between. I liked the first album and loathed the second album. I guess I fit that description.

I didn’t get their records until well into the 90s via the usual second hand record stores and record fairs.

Before I dropped the needle on this, all I knew was “Turn Up The Radio” and a few interviews with Steve Lynch in the guitar mags I purchased.

Send Her To Me

And that outro lead.

Steve Lynch starts off with a super melodic repeating lick and then he puts the pedal to the floor and shreds.

Turn Up The Radio

Again, it’s a simple riff made gold worthy by some keyboard chords over it.

And again, Lynch and his 8 fingers hammer-on technique is the star. Maybe it was a California thing as Jeff Watson also had that technique down.

But it was finally made super popular with “Fight For Your Right (To Party)” by the Beatsie Boys.

And again, Steve Lynch steals the limelight with his lead break.

The melodic riff in the verses could have come from Vinnie Vincent, the Chorus is a let down and the lead break again steals the show.

Yep, it’s a song about the start of the weekend. It’s got that vibe and the riff reminds me of EVH merged with Loverboy.

Did I mention the lead break is fucking good?

It reminds of Kiss “Unmasked” era and I like it.

The best song on the album and it’s the closer. The melodic lead is AAA and when Steve Lynch decides to burn, he burns. 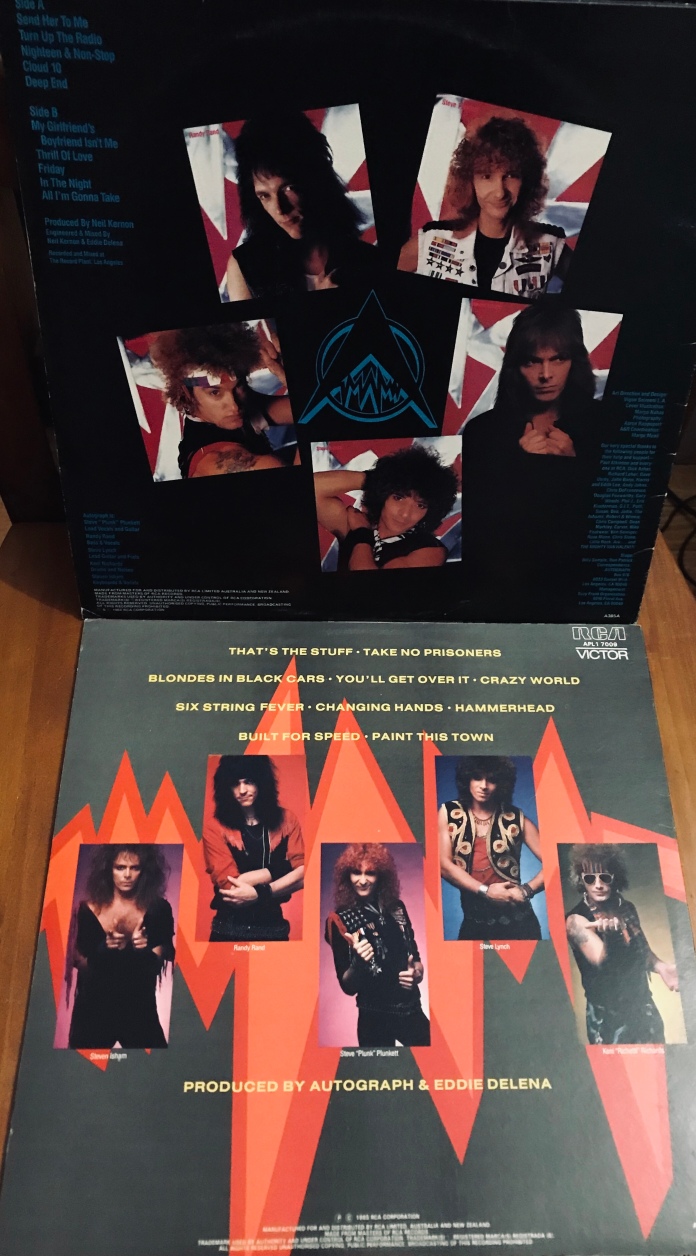 “That’s The Stuff” came next and it really wasn’t the stuff, while the second track “Take No Prisoners” is a rewrite of “Turn Up The Radio” and basically this is an album that is lacking in ideas and very hard to listen to.

8 thoughts on “The Record Vault – Autograph”