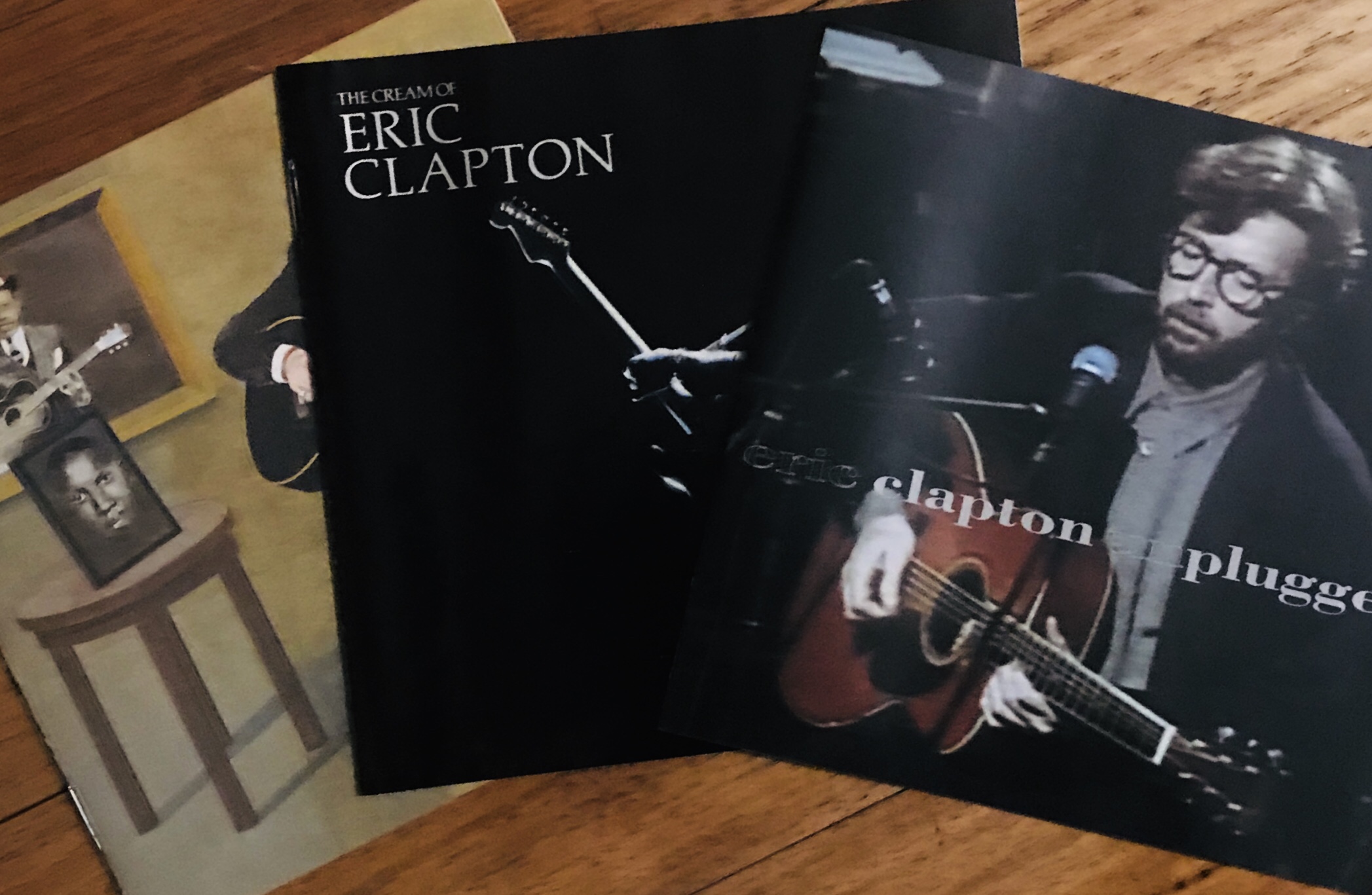 My Eric Clapton collection is down to just three releases. I didn’t feel the need to expand or get more or to be a completest with it.

On most occasions when I heard a track from Eric Clapton on TV or Radio, I was a fan. But when I sampled one of his albums in a record shop, I wasn’t prepared to part with my dollars as a lot of the other tracks just didn’t resonate. And then “The Cream Of Eric Clapton” came out. And finally I had a collection of the songs I liked.

The Cream of Eric Clapton 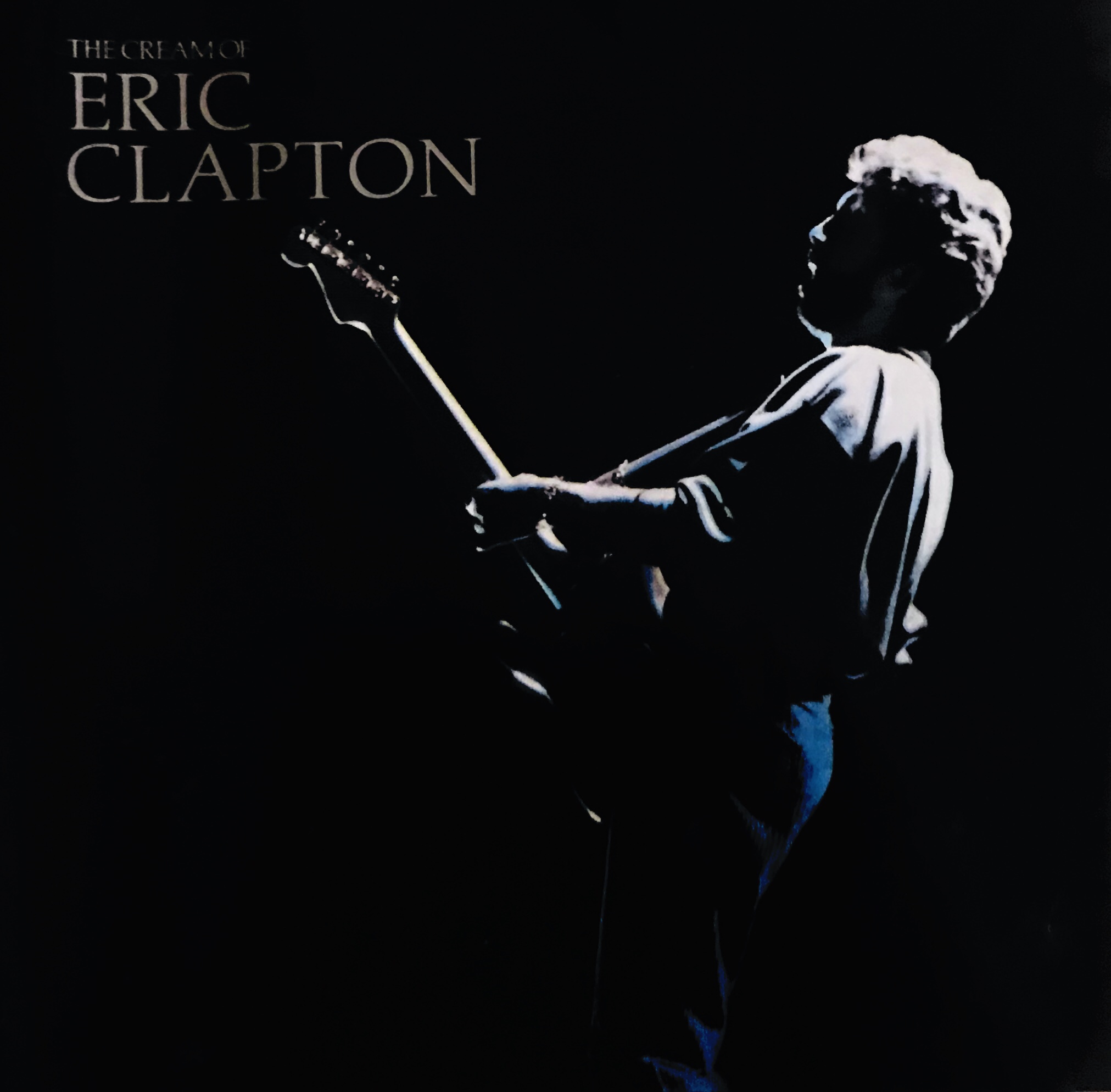 Released in 1987 but I picked it up a few years later.

“Layla” opens this collection and you can’t ask for a better track. Then his Cream output is wilted down to just 6 songs. “Badge” and “I Feel Free” are out of place on this list. “Sunshine Of Your Love” has that guitar store riff.

“Crossroads” is a song originally written by Robert Johnson in 1936 and the most popular version of it is by Cream. It was the first single of their “Wheels of Fire” record in 1968. “Strange Brew” is basically a slower re-write of “Crossroads”.

And then there is “White Room”. My favourite Cream track. That intro, the verses and the psychedelic bridge which acts like a Chorus.

From his solo output, his covers of previous songs stand out, like “Cocaine”, “I Shot The Sheriff” and “Knockin On Heaven’s Door”. And of course, there is “Wonderful Tonight”.

From a sales point of view, this little greatest hits collection, went Gold in Canada, France and Switzerland, Platinum in Australia and New Zealand, Platinum x2 in the U.S and Platinum x3 in the UK. 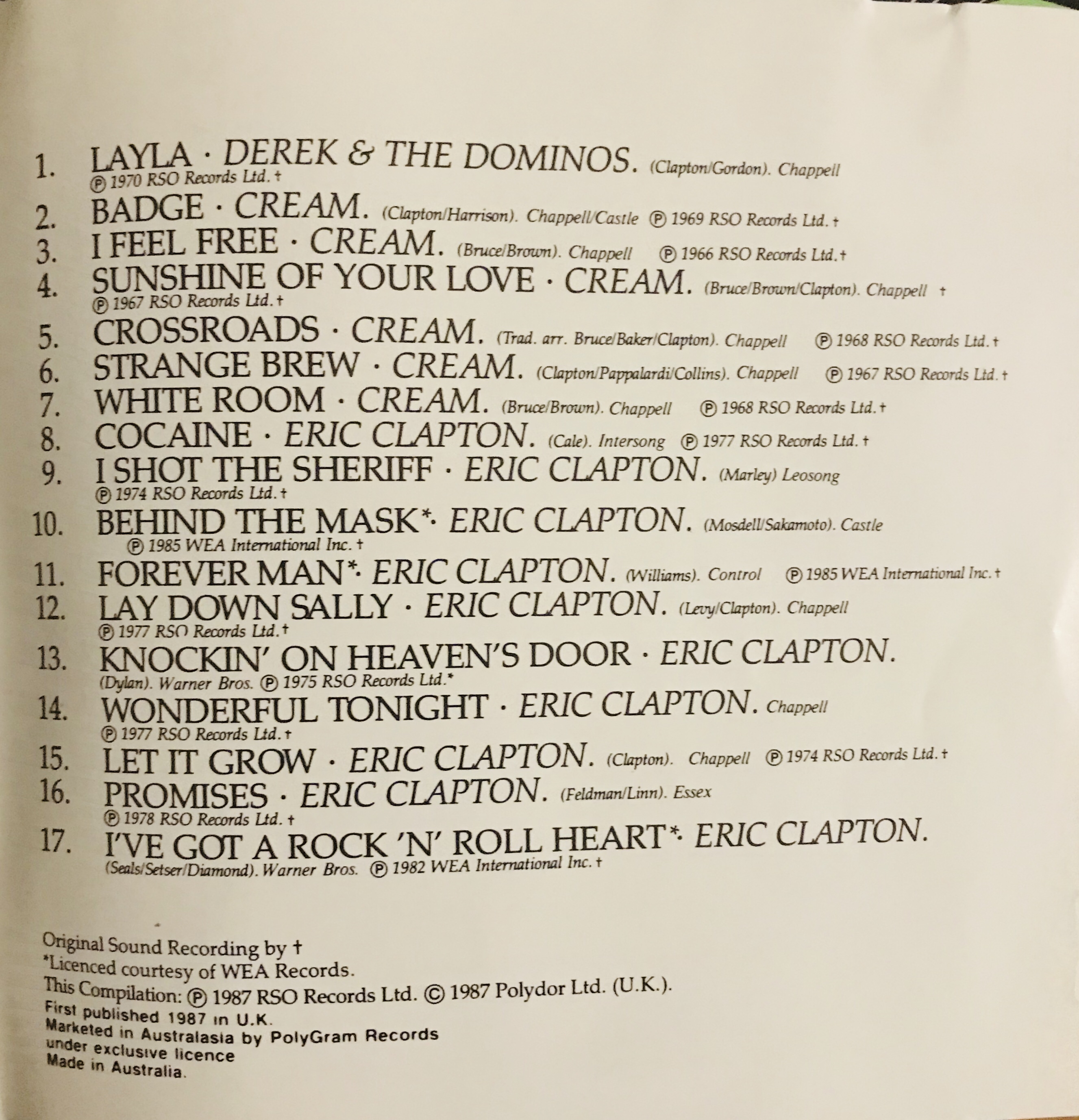 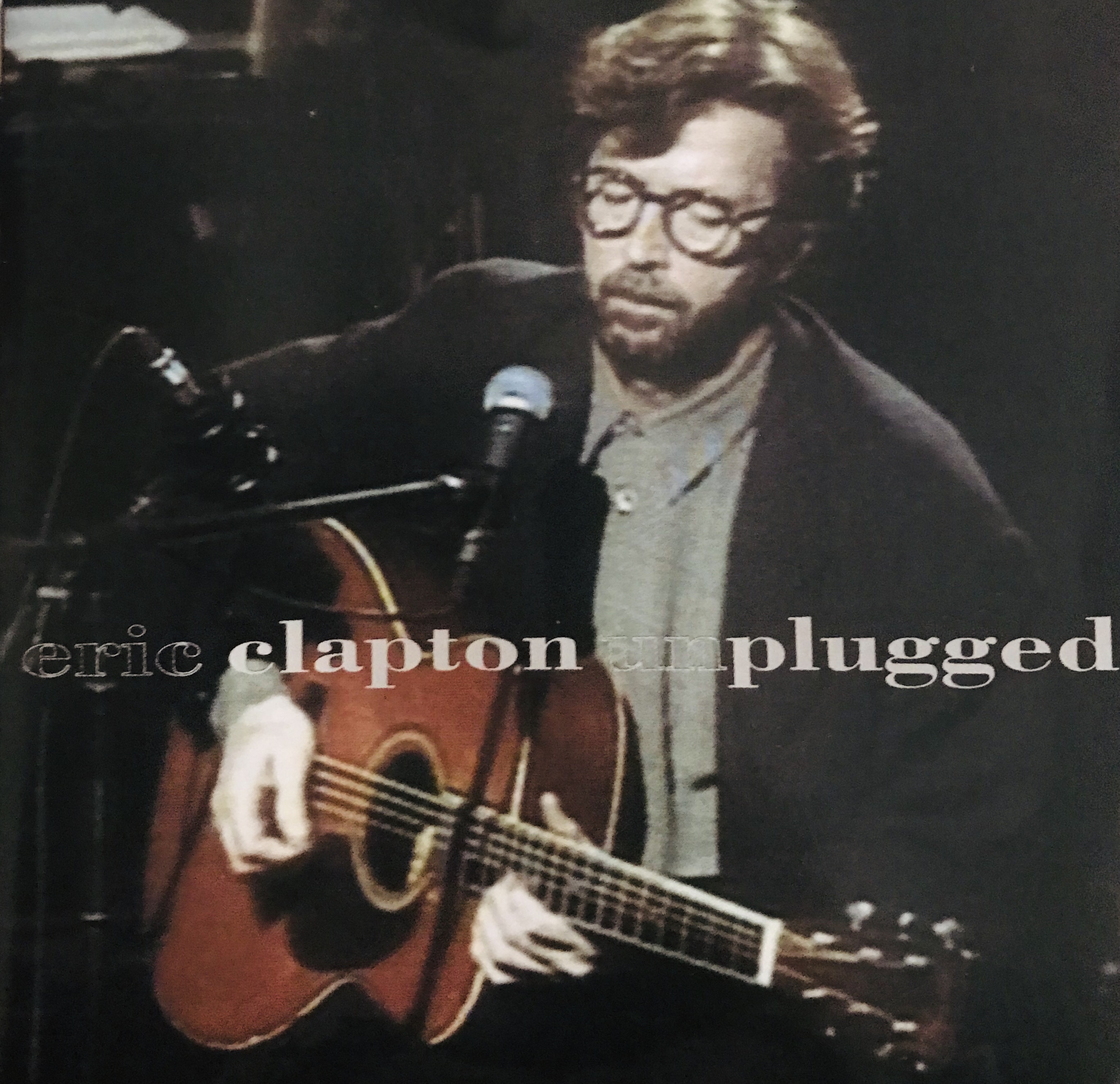 It’s basically an acoustic blues album. This is Clapton showing his Robert Johnson roots by re-imagining his songs in the style of Johnson’s blues.

And it became a monster of an album on the back of “Tears In Heaven” and his re-imagined acoustic interpretation of “Layla”. But you need to also check out “Old Love”, “Running On Faith”, “Walkin Blues” and “Before You Accuse Me”. The acoustic versions of these songs are pretty definitive.

Me and Mr Johnson 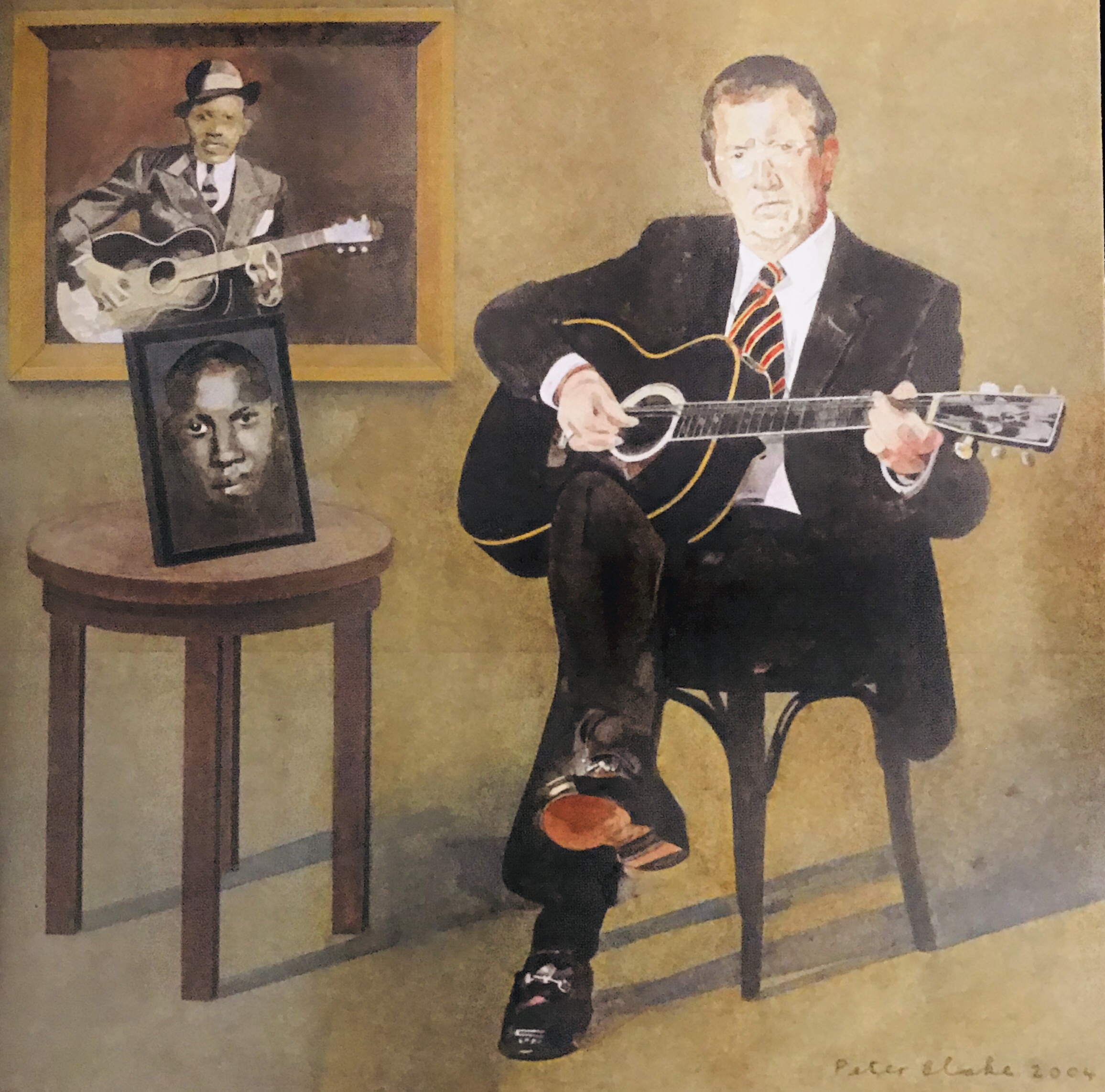 Released in 2004 as a tribute to Delta Blues legend Robert Johnson.

Put simply, the music that Clapton became famous for has a lot of Johnson in it.

Press play, have a drink or two or three and listen to the blues. 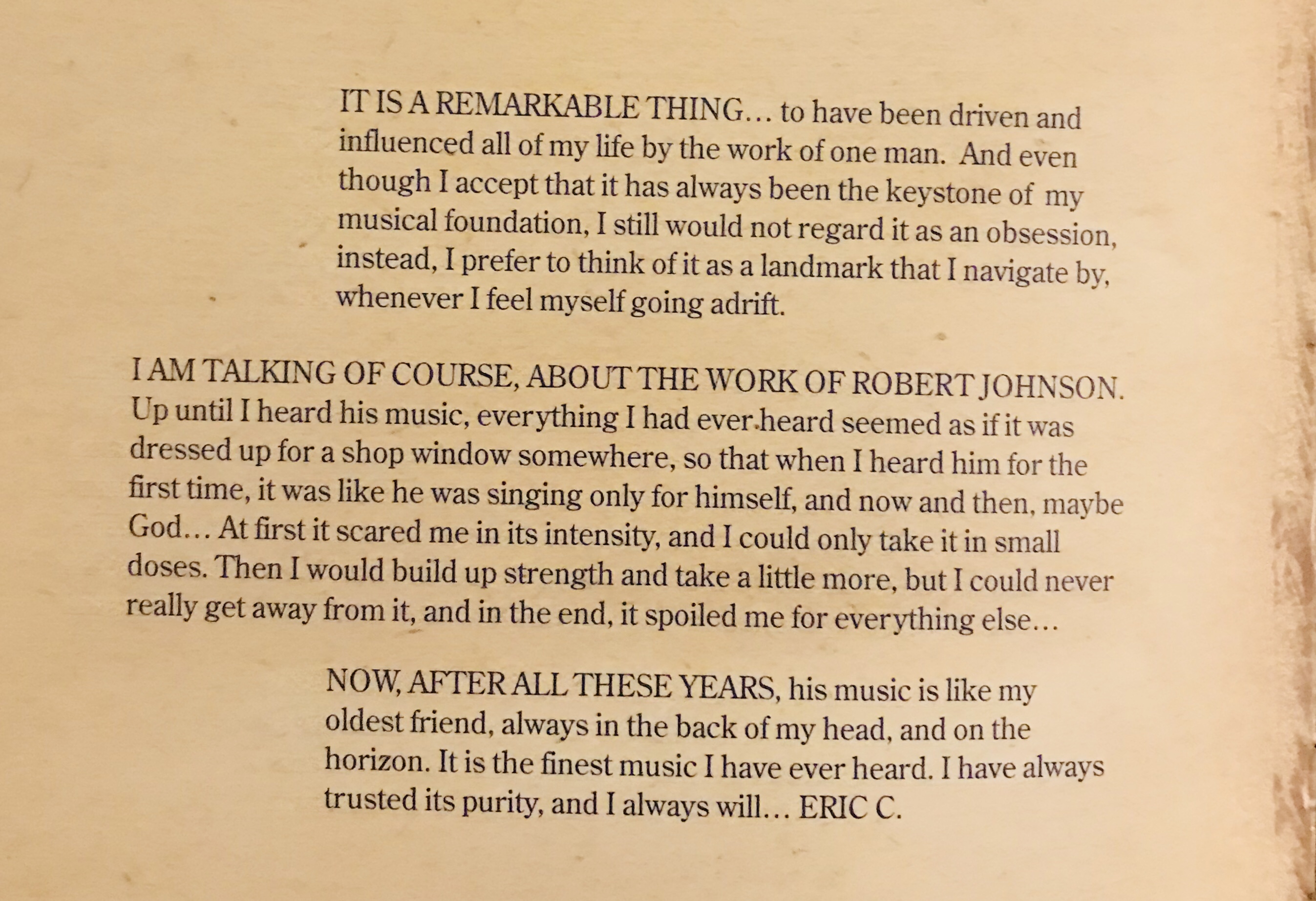