“In Your Multitude” is the first album I heard from Conception but it’s their third album.

It’s not on Spotify Australia, but YouTube has it.

And the CD had an insert with advertising of those previous albums called “Parallel Minds” and “The Last Sunset” along with some other artists on the “NOISE” label. 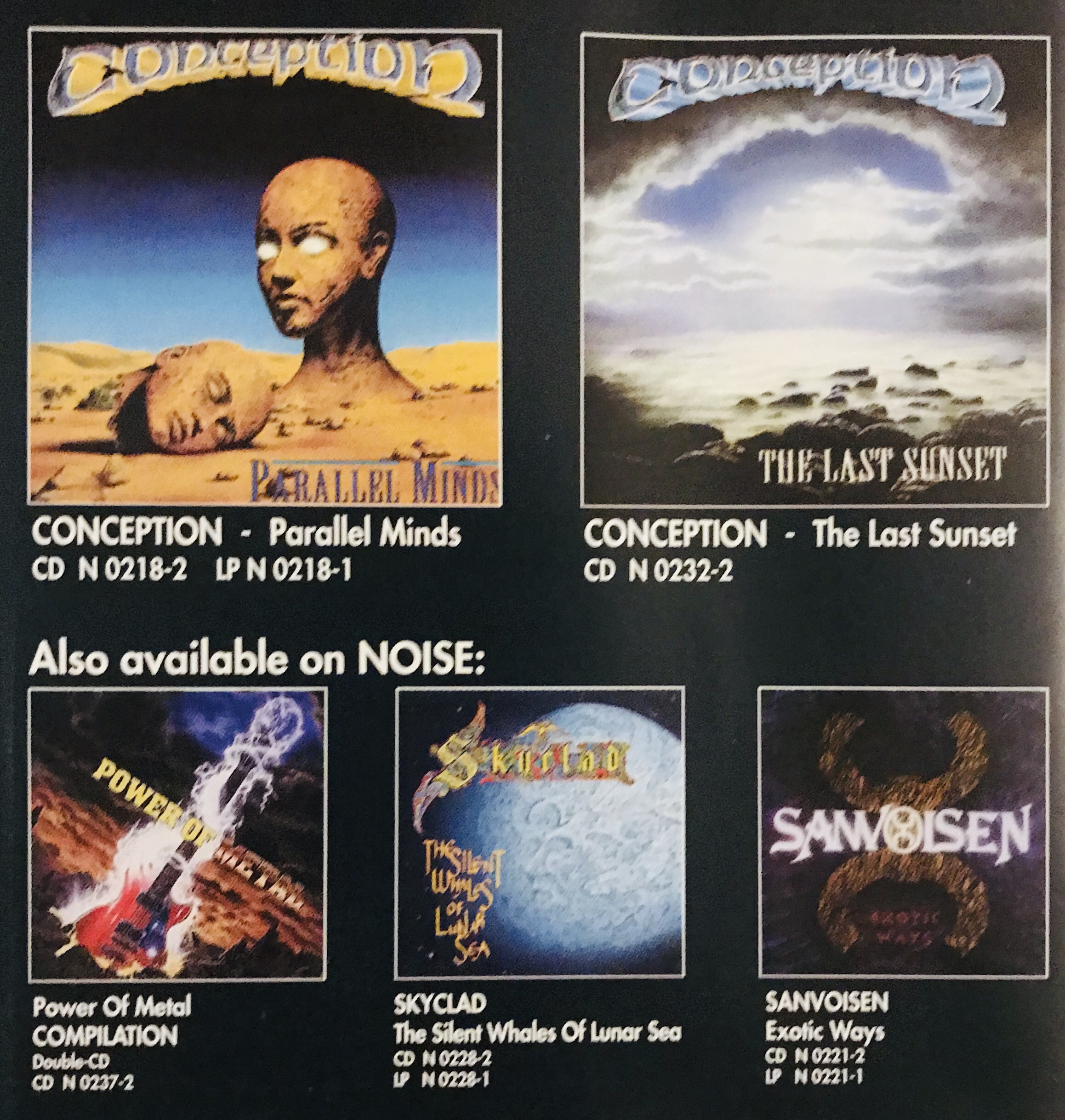 Conception is from Norway and they started off as a power metal band.

Record after record, the band slowly incorporated progressive elements to their music. But it’s not progressive like a thousand notes per minute progressive. Its progressive in its poly rhythms and the atmospheric song structures. It’s the progressive style I like. Even bands like Styx and Toto had these kind of progressive moments albeit more Rock than Metal.

“Under a Mourning Star” kicks off the album with a syncopated guitar riff which reminds me of the “Metropolis, Pt: 1” verse riff from Dream Theater. Guitarist Tore Ostby takes centre stage here and vocalist Roy Kahn delivers a great melody in the verses and the Chorus.

“Missionary Man” has a heavy palm muted riff under a Kashmir style drum beat. And the Zeppelin influences continue with the vocal delivery and the exotic scales used. It’s perfect.

“Retrospect” starts off with a progressive riff, before it moves into a Queensryche “I Don’t Believe In Love” verse.

“Guilt” is one of the heavy songs, with a groove straight from a Pantera album and melodic vocals.

“Sanctuary” is a short acoustic song, that gives Ostby a chance to play some nice arpeggios and flamenco styled licks, while Roy Kahn delivers a haunting vocal line.

“A Million Gods’’ is the most progressive track on the album. At 7.45 minutes, it doesn’t feel like it’s that long. And the chorus is memorable. Also check out the bass playing in the verse. It takes centre stage, the way Ostby took centre stage on “Under A Mourning Star”.

“Some Wounds” has a heavy verse and an arena rock chorus.

“Carnal Comprehension” is a hard rock song with some nice guitar hero moments. This would become the sound on the next album which alienated a lot of fans.

“Solar Serpent” has a great bass riff in the verse and a melodic chorus. It reminds me of Accept and Judas Priest, with acoustic guitars, fast bass and drums and fast electric guitar solos.

“In Your Multitude” closes the album with its Pink Floyd influences in the intro before the full band kicks in after a minute, sort of like Black Sabbath’s “Sign Of The Southern Cross”. Make sure you check out the guitar solo that goes on and on after 4 minutes.

And they did one more album in the 90’s called “Flow” and then disappeared for a long time. Members went into the band’s Kamelot, Ark and Royal Hunt.

And in the last 4 years they have re-appeared.

One thought on “The Record Vault – Conception”