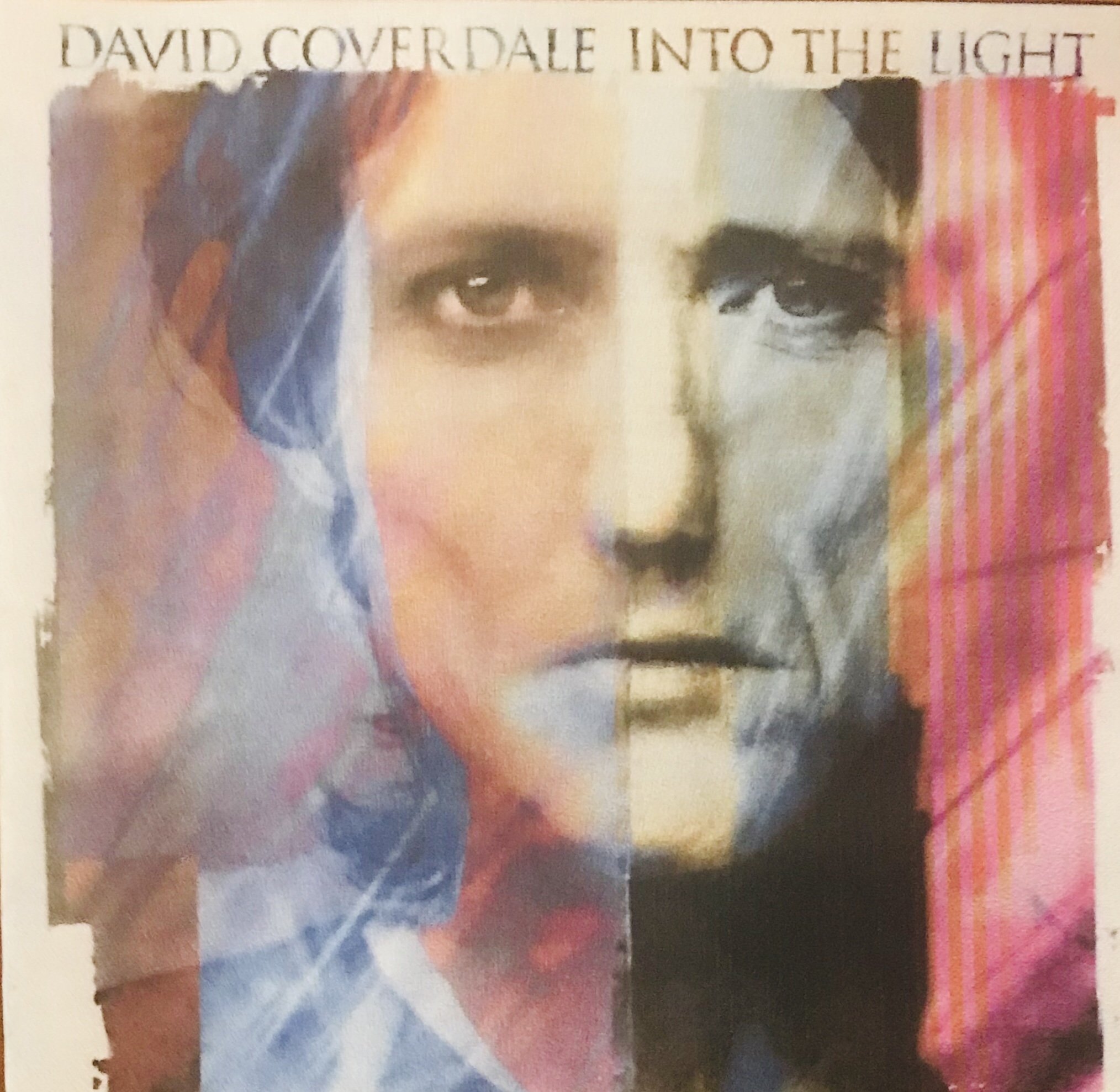 I wasn’t sure why David Coverdale needed to release a solo album. Whitesnake is more or less his band and it’s basically a solo artist hiding behind a band name.

And solo artists operate in two extremes, they either keep the same band members (or 70% of em) around for a long time or they could keep changing em. Bryan Adams kept the majority of his band around and so did Pat Benatar.

Then again, bands also operate on the same premise, with members leaving and coming back. The different Deep Purple bands are known as Mark I, II, III, etc.

So his trusty group is Denny Carmassi on drums, Marco Mendoza on bass for all the songs, except “Don’t You Cry” which featured Tony Franklin. John Sykes would have been pacing his house in rage at Coverdale using his old bass player and current bass player on this project. And Mendoza would also jump ship from the Sykes camp to the Coverdale camp as well.

Guitar is handled by Earl Slick and Doug Bossi with Coverdale making a recorded appearance. Reeves Gabrels and Dylan Vaughan also appear on some guitar tracks. Earl Slick was known to me from his excellent instrumental “In Your Face” album released in 1991. It’s a fusion of blues, funk and rock with guitar hero like playing.

“…Into the Light” should have been fleshed out into a bigger song. It’s first minute sounds like an epic song is about to begin.

And it goes into the blues rock flavoured “River Song”. I saw a YouTube comment as to how the riff sounds similar to “Midtown Tunnel Vision” by Rainbow and to “I Can’t Dance To That” by Gillan and Glover. But DC did say in an interview that it’s a homage to Jimi Hendrix.

And that Outro of the song just keeps rolling, reminding me of songs like “Looking For Love” and “Don’t Turn Away” from the Whitesnake 87 album. After 7 minutes, the song is over.

“She Give Me…” sounds like it came from a Coverdale/Page session or the “Trouble” album from Whitesnake or even a Led Zep session. As I am hearing this song, I am thinking of “Jelly Roll” from Blue Murder. And this song appeared again on the recent Whitesnake “Rock” album release

“Don’t You Cry” is one of those ballads that reminds me of Eric Clapton and his song “Wonderful Tonight”. The intro lead break is memorable and worthy.

While the first four tracks are all DC cuts, “Love Is Blind” and “Slave” are written by Coverdale and Earl Slick. “Love Is Blind” is like a Goo Goo Dolls like tune with the music, and lyrically, well its DC, the most broken hearted vocalist ever. “Slave” is a Southern Rock tune like Lynyrd Skynyrd. Even the Chorus chords remind of “Sweet Home Alabama”.

And the album follows the vibe set with the first six songs, moving between ballads and rockers. Even “Too Many Tears” from the “Restless Heart” album appears.

If you are looking for the grand epicness of the Sykes and Vai Whitesnake albums, then you will not find it here. But if want to hear an artist going back to his roots and putting his life into the words of the songs, then this album is for you.

And it’s probably why DC went all solo on this album. It’s personal.

And the other DC albums in the 70s before Whitesnake, will be listed with the Whitesnake Vault edition.