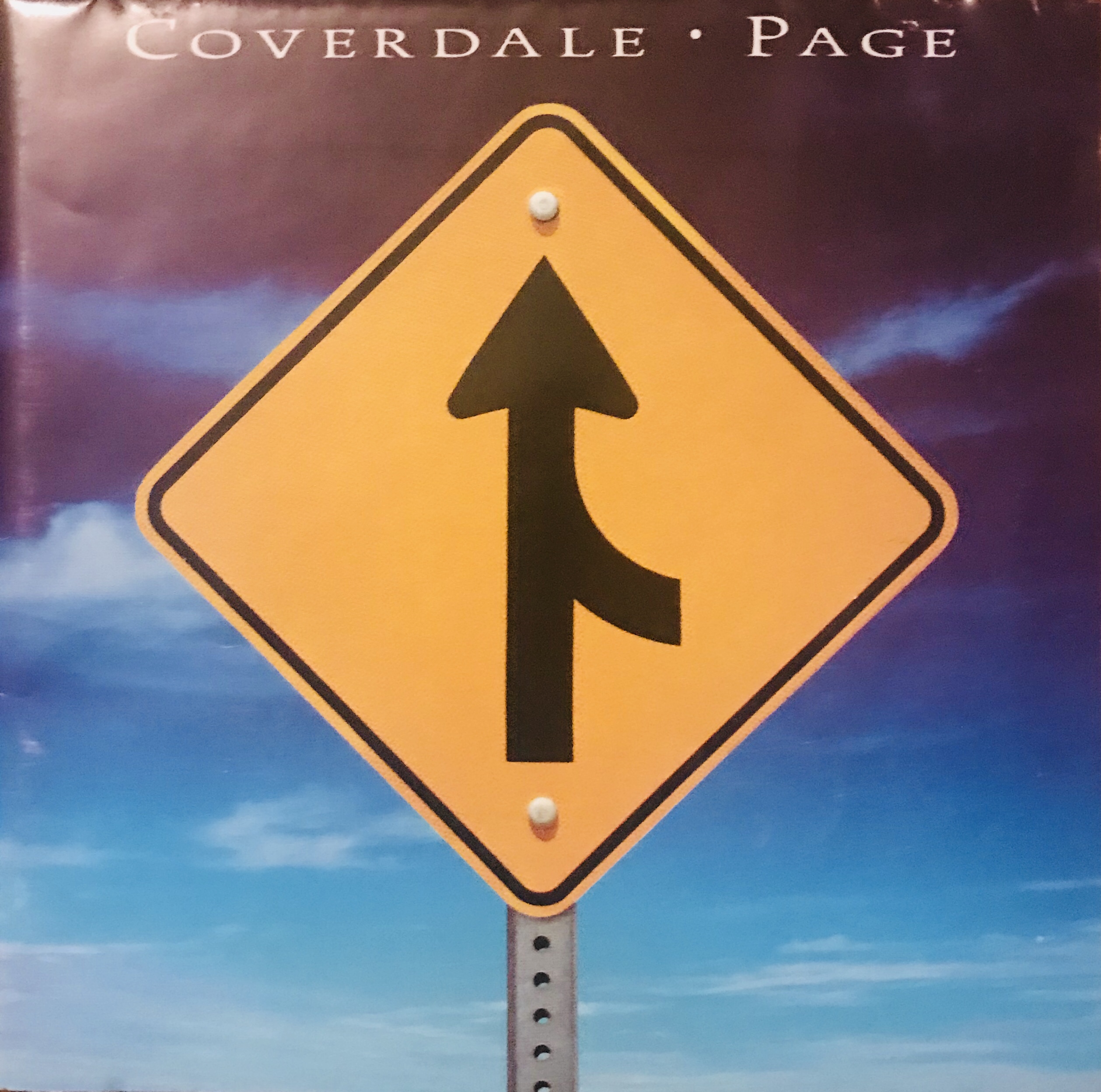 The guitar work on it from Page is exceptional. Which was needed, as his 80’s projects “The Firm” and his solo album “Outrider” didn’t really set the charts alight or have people talking about him again.

But on this album they did talk about Page again.

The opening string pull off lick for “Shake My Tree” is an oldie from his Zep days. Simply, yet effective and Coverdale follows the riff with the vocal lead. Then when it gets heavy, it’s a cross between “Still Of The Night” and “Communication Breakdown”.

The lead break on “Waiting On You” is simple and effective and the riffs groove behind it.

“Take Me For A Little While” is one of Coverdale’s best songs. Jimmy Page breaks out one of his best lead breaks and that little lead lick in the Chorus, makes me press repeat on this song.

“Pride and Joy” could have come from Led Zep III, as Jimmy Page brings his open string tunings to David Coverdale. And while it rocks acoustically, it’s the heavy open string verse riff which connects, and when it goes back into the open tuning acoustic bit, it’s just perfect.

Four tracks in and I’m on the floor. 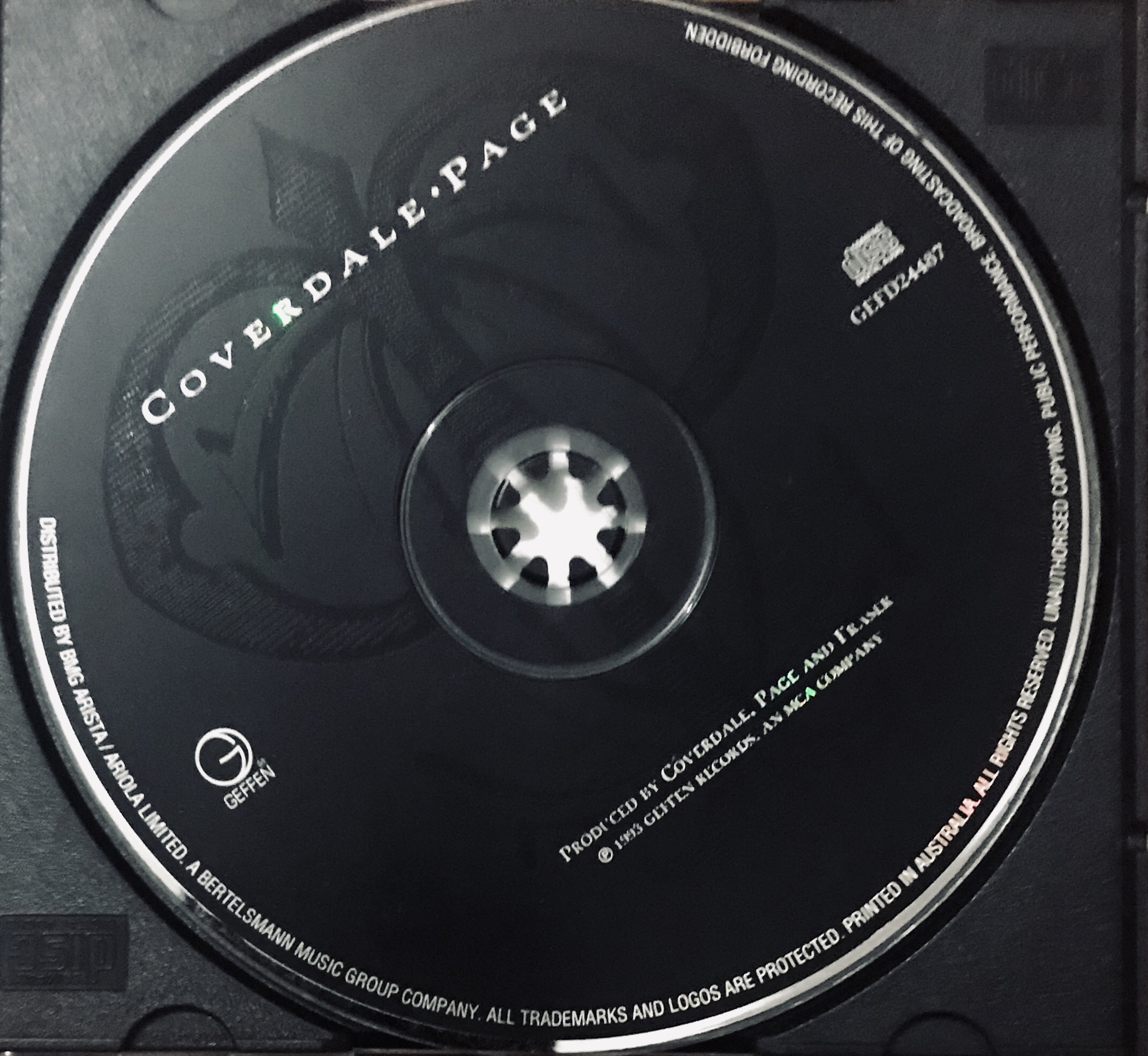 When “Over Now” kicks in, I am digging the psychedelic nature of the vocals and the exoticism of the music.

Page doesn’t follow the typical verse, chorus, verse, chorus. “Over Now” has no real structure as it moves between verses and something which resembles a chorus and an outro which feels like a cool jam.

Coverdale is referencing his break up with the Jaguar dancing Tawny Kitaen. And there are quite a few songs on the album which reference the relationship. 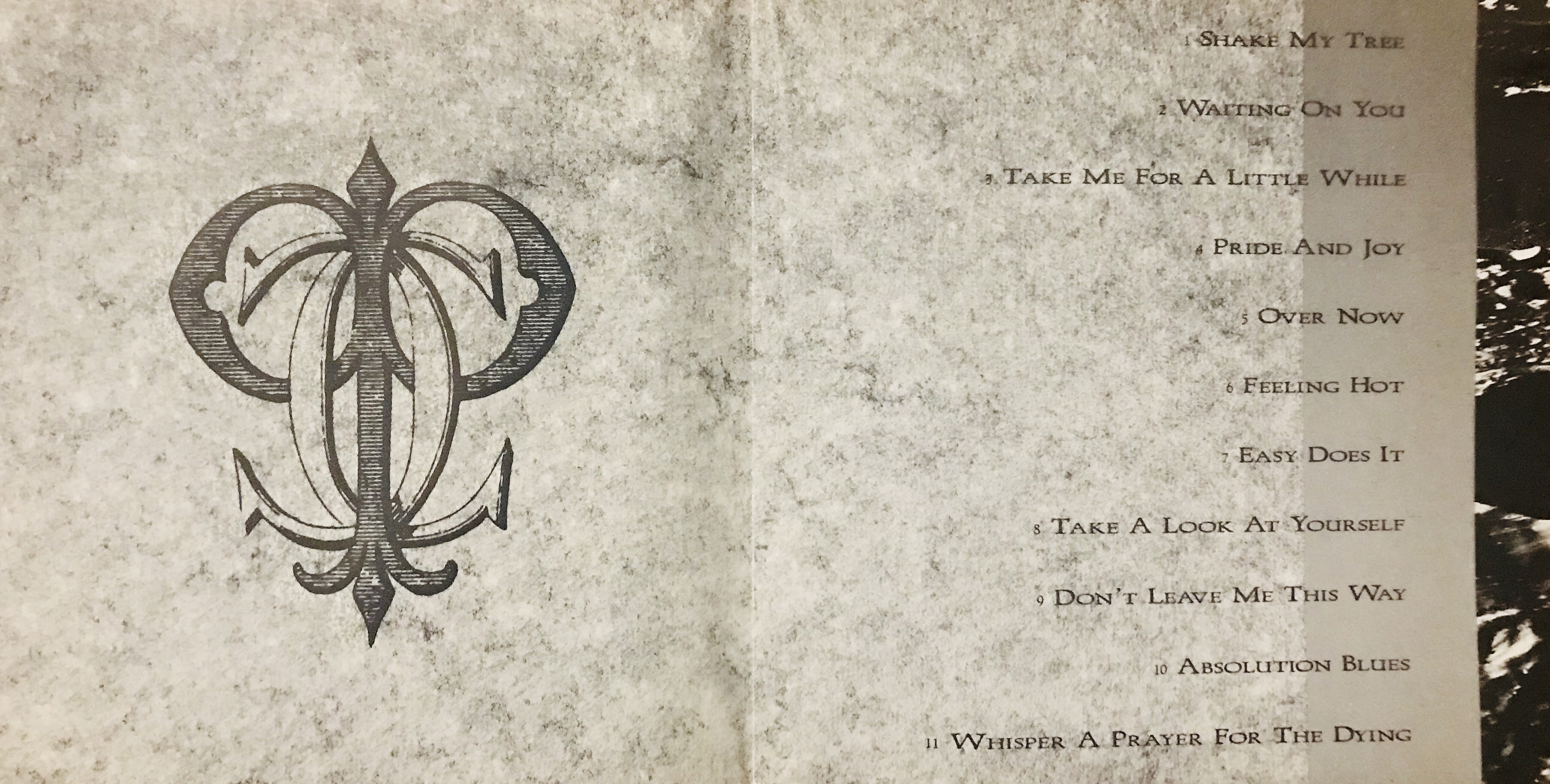 “Feeling Hot” is the sped up child of “Johnny Be Goode” crossed with “Hit The Road Jack”.

And the comparison to Led Zep is always going to happen, because Jimmy Page is Led Zep’s main musical writer and it doesn’t matter with who he works with, his riffs will always sound like Page and Page’s career is held within his work with Led Zep.

It is one of the best Led Zeppelin tracks that Led Zeppelin didn’t write. And when it morphs into a rocking track from about 2.40 mark, it’s so cool to hear Coverdale steer away from the typical verse and chorus format.

It’s these kinds of songs that get me to commit. For Whitesnake, it was “Still Of The Night” which got me to commit, because it didn’t follow the conventional verse and chorus format.

“Absolution Blues” has David Coverdale delivering a near perfect Led Zep vocal line in the verses.

No one wants to leave the land of the living. They realize then how much living they really need to do.

“Whisper A Prayer For The Dying” is one of my favourite songs on the album. That dropped D intro riff is excellent. Even System Of A Down used a very similar style riff for their awesome song “Aerials” from the mega selling “Toxicity” album.

Also the idea of the song happened back in 1982-83 as their is an acoustic demo of the song on the “Slide It In” Deluxe reissue.

And when you combine the various wars for lyrical inspiration and Jimmy Page”s dropped D riff, you get a classic.

The suffocating heat of jungles, burning desert sands / Where everything reminds you, you’re a stranger in a strange land

There is a whole generation of people who wouldn’t even know about the Vietnam War or the Gulf War. And when leaders from around the world decide to send in their troops to a place, well those troops already have a target on their back, as strangers in a strange land.

Machine gun, battle cry / You pray to God when the bullets fly / The bombs fall like black rain / And all your dreams take you home again

At the end of the first Gulf War, the Iraqi forces set an oilfield alight, which burned black toxic smoke for months. And when it rained, all those black toxins came back down as black rain. And the ones who survived, are struck with PTSD.

In reality what did all of the Wars achieve?

Iraq invaded Saudi Arabia and all the democratic countries rushed to the Saudi aids so their young Prince could grow up and order the dismemberment of a journalist who spoke out against him. And Iraq along with Afghanistan is still a hotspot of violence and extremism.

And as soon as this project got traction, Page jumped ship to work with Robert Plant again, who suddenly wanted to work with Page again.

And Coverdale went back and reformed Whitesnake, with Adrian Vandenberg and Warren DeMartini on guitars, Rudy Sarzo on drums and Denny Carmessi on drums. 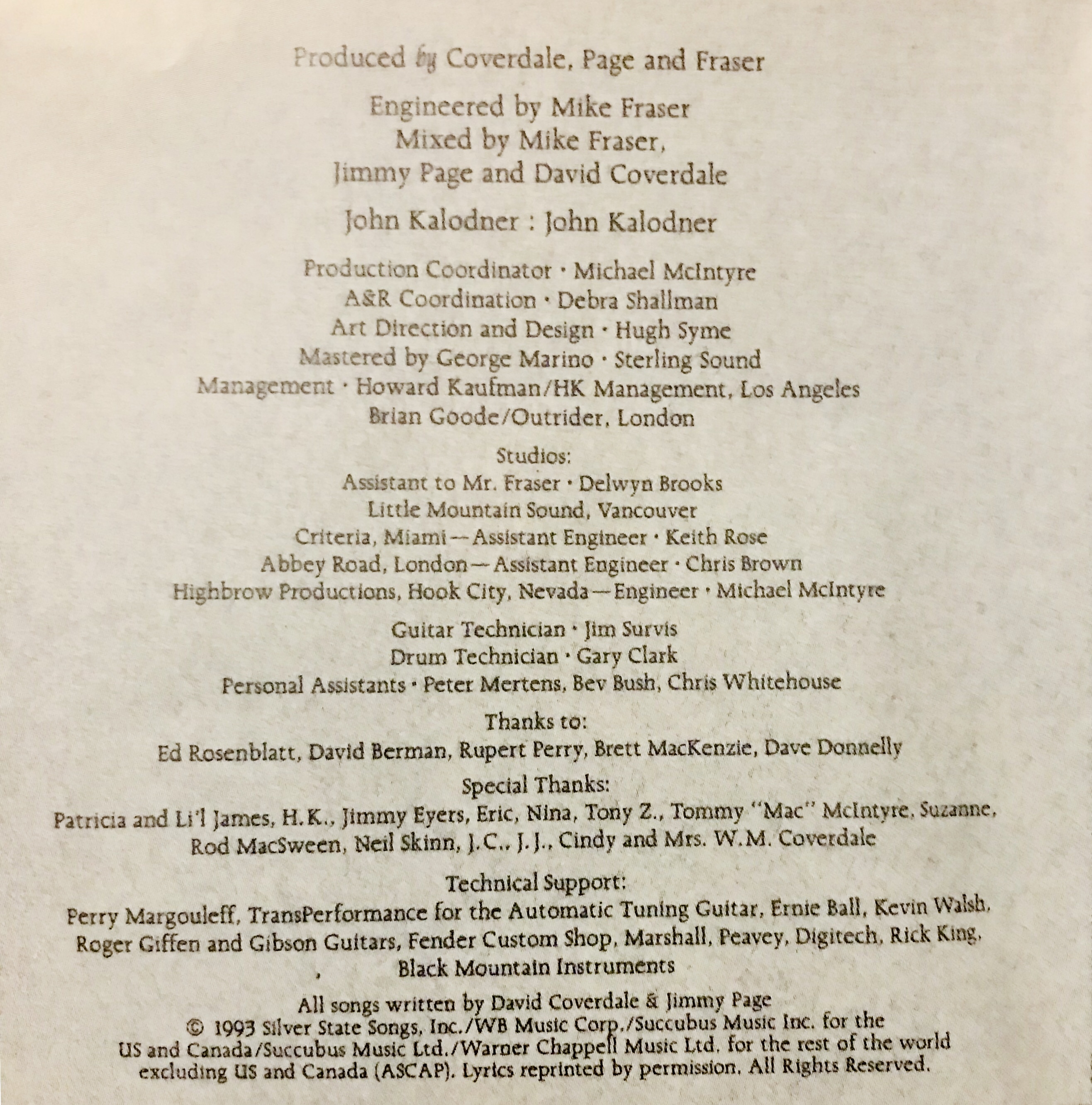 12 thoughts on “The Record Vault – Coverdale/Page”