I downloaded the first three albums via peer to peer networks, because of “Breath” and the “Phobia” album immediately became an influence. And when “Dear Agony” came out, I purchased it on release day along with the back catalogue, via Amazon U.S.

And you know how people complain that piracy has killed their career, well, Ben Burnley and his band Breaking Benjamin must be an anomaly. Check out the list of certifications for Breaking Benjamin, achieved in a market which is apparently “dominated by piracy”.

And the best songs to me are towards the end of the album.

We Are Not Alone

The second album, released in 2004 and the sad ominous minor key intro of “So Cold” starts it all off, as singer Ben Burnley holds the so cold hand of an unnamed character. “Follow” rocks out of the gate with its staccato intro. “Forget It” soothes along. “Sooner or Later” brings the nu-metal flavour. 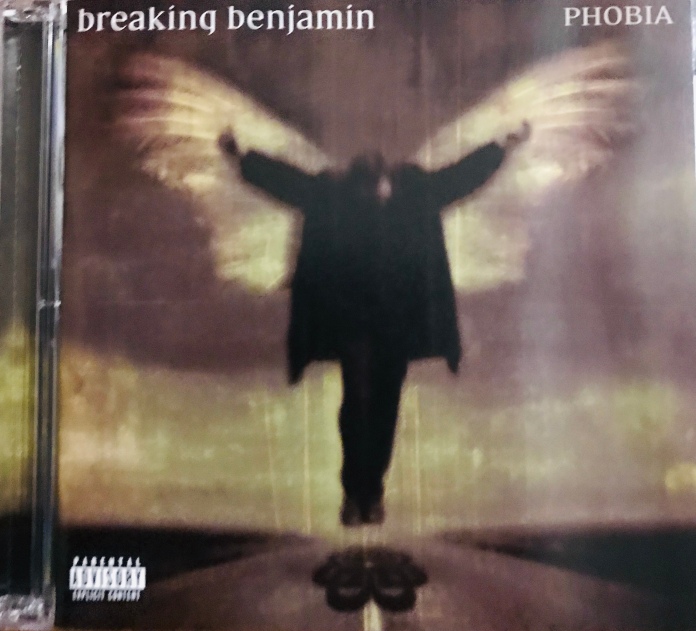 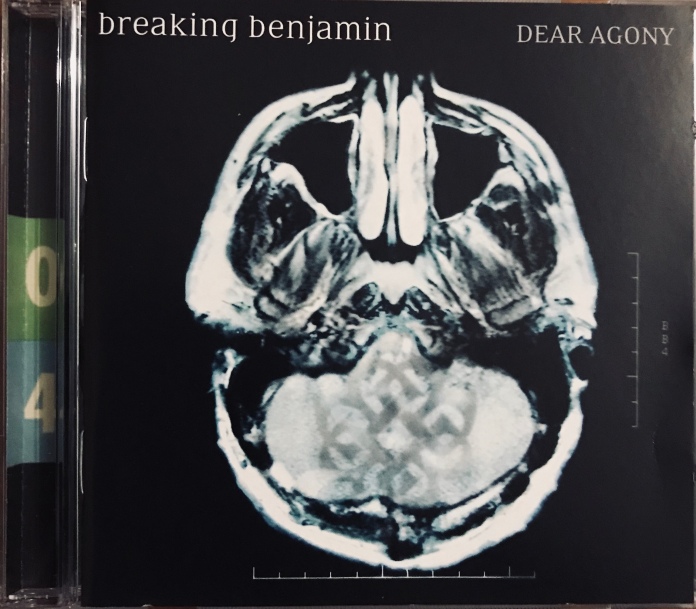 Released in 2009, with an image of Ben Burnley’s brain and it’s the last album before a long hiatus that involved a chronic pain condition to band founder Ben Burnley that is still undiagnosed and a court case between Ben Burnley, the record label and the band members who are now ex-band members over their involvement in a Greatest Hits release, without Burnley’s approval.

And if it’s not broke, why fix it, as the album is basically a re-write of “Phobia”, the same way bands in the past re-wrote popular albums, with little tweaks and improvements here and there.

“Fade Away” is a perfect opener like “The Diary Of Jane”. “I Will Not Bow” lines up with “Breath”. And all the songs on the album are favourites, like “Crawl”, “Give Me A Sign”, “Hopeless”, “What Lies Beneath”, “Anthem Of The Angels”, “Lights Out”, “Dear Agony”, “Into The Nothing” and “Without You”. 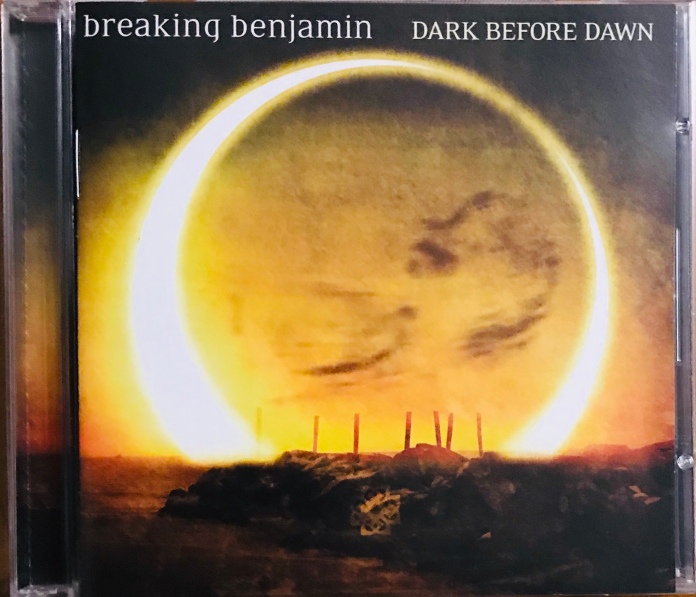 The comeback album released in 2015. And like the previous two albums, its taking what came before, made a few small tweaks and a new song is born.

“Failure” stands up there as being in the same vein of “Fade Away” and “The Diary Of Jane”. And the album flows like the previous ones. “Angels Fall”, “Breaking The Silence”, “Hollow” and “Close To Heaven” follow.

“Never Again”, “The Great Divide” and “Ashes To Eden” finalise the album.

And the songs from Breaking Benjamin, like Everygrey, are melancholic and therapeutic.

To be complete, “Ember” came out in 2018. I don’t own it, however I streamed it and it’s my least favourite. The saving light is “The Dark Of You”.

One thought on “The Record Vault – Breaking Benjamin”