The combination was interesting. Rage Against The Machine and Soundgarden.

I have a few RATM albums as I do like the music and the lyrics, but Im not a fan of rapping. From Soundgarden, I also have a few albums purely because of Cornell’s voice.

Plus Tom Morello was always in the Guitar mags and he came across great in interviews, offering tips, viewpoints and he didn’t put shit on anyone, even mentioned his love of Randy Rhoads and why he started to use the digital effects tools at his disposal.

So the thought of Morello and Cornell teaming up was very interesting.

And the debut album (released in 2002) is excellent up to “Like A Stone” (which I used to cover in bands) and then it became to repetitive. But still a cool listen.

And how good is “Cochise”?

It’s a great opener bringing that 70s groove into the two thousands and I was hooked straight away when Cornell’s Led Zep inspired vocals came in.

“Out Of Exile” came out three years later and “Revelations” a year after “Out of Exile”.

If you heard the debut, you didn’t need to own these albums. “Moth” is the only song I remember.

I basically played em once on Cd and never played em again (but hey the record label sold a CD to me so I must be a fan of these albums). And today I streamed em once and will probably never stream em again. 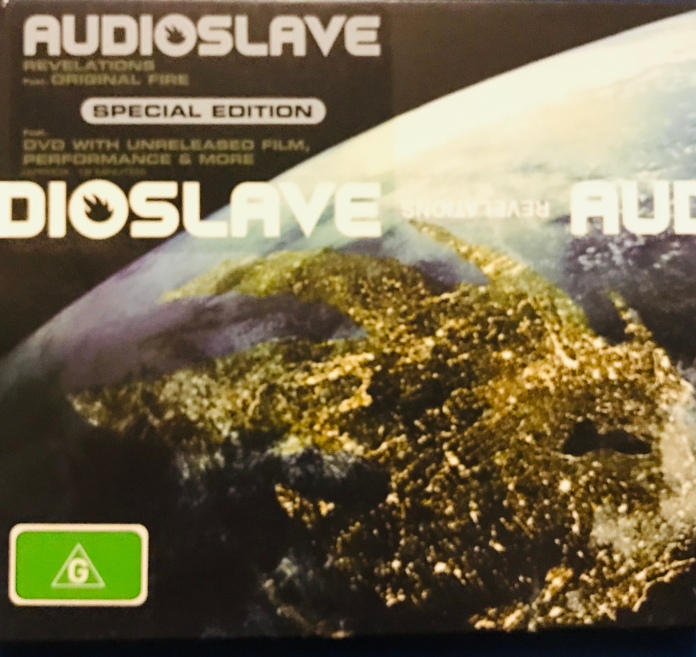 But if any of these albums were your first exposure to Audioslave, then it would serve as a good introduction.

3 thoughts on “The Record Vault – Audioslave”