I had an “Headbangers Heaven” compilation album which had “Screaming For A Love Bite” on it, so that was my second introduction to the band, with the first being the “Balls To The Wall” film clip. I actually traded the 4 LP compilation for “QRII” with Randy Rhoads.

And my ownership of Accept material started with “Metal Heart”, “Breaker” and the “I’m A Rebel” album.

I didn’t feel the need to own the bigger albums in “Restless and Wild” and “Balls To The Wall” but those albums did enough to make me buy “Metal Heart”. 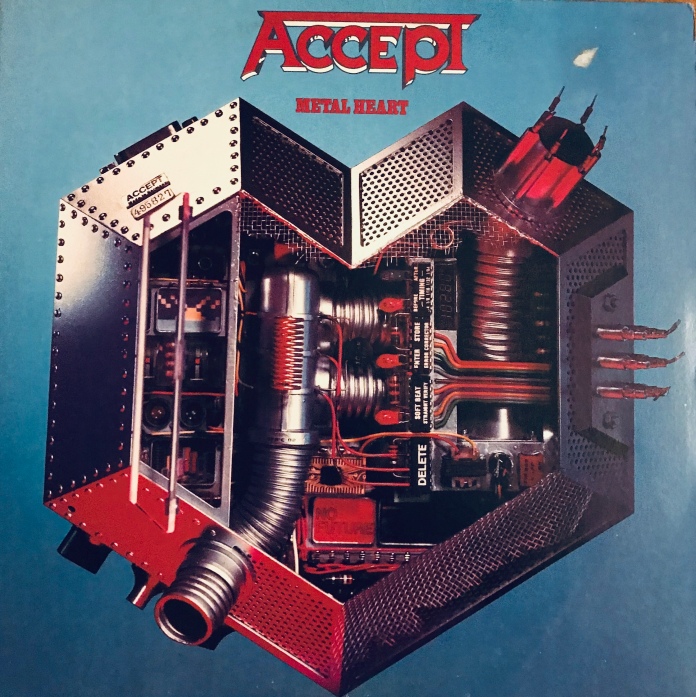 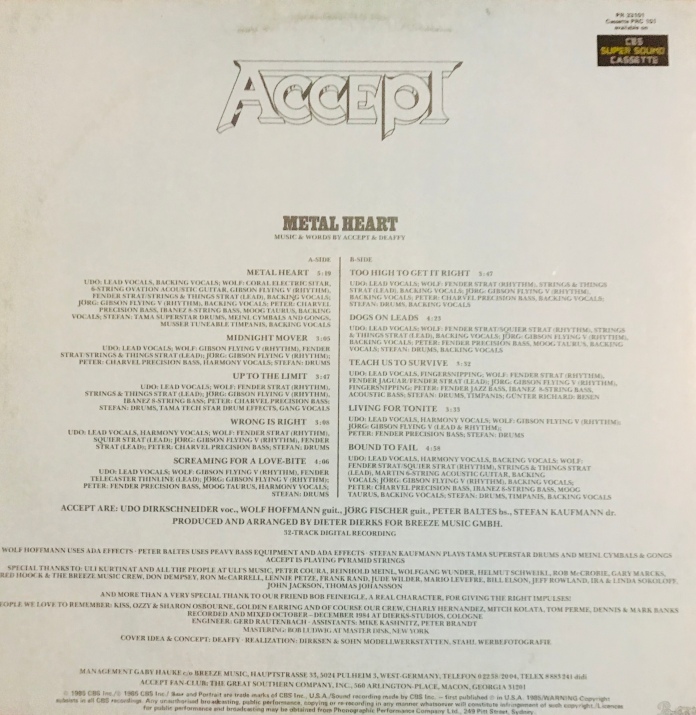 The title track starts of excellent but the classical Beethoven lead was just too much for me. “Midnight Mover” has a head banging riff but the vocal melodies in the verses don’t do enough to capture the commercial vibe of the music.

I know that a lot of people didn’t like the new mainstream MTV sound to their music and I was like what the fuck are you talking about?

“Up To The Limit” reminds me of AC/DC and is the best song of the first three. “Wrong Is Right” is pure speed metal and my answer to the people who said Accept sold out with this album.

“Screaming For A Love-Bite” is the reason for my confusion. Musically the song is brilliant, very melodic rock, but the vocal delivery doesn’t do the song justice. Why would you write a song musically like this and expect UDO to sing it like Def Leppard.

And that’s what is wrong with the album overall, the expectation that a gravelly like vocalist is expected to deliver MTV friendly vocals.

“Too High To Get It Right” is hard to listen too, “Dogs On Leads” is a bad rewrite of “Balls To The Wall” and “Teach Us To Survive” sounds like a rejected “Pink Panther” song,

“Living For Tonite” and “Bound To Fail” are great musically but the vocals don’t do the songs justice.

And it’s these songs that should have been easy to listen too because they are Accept. 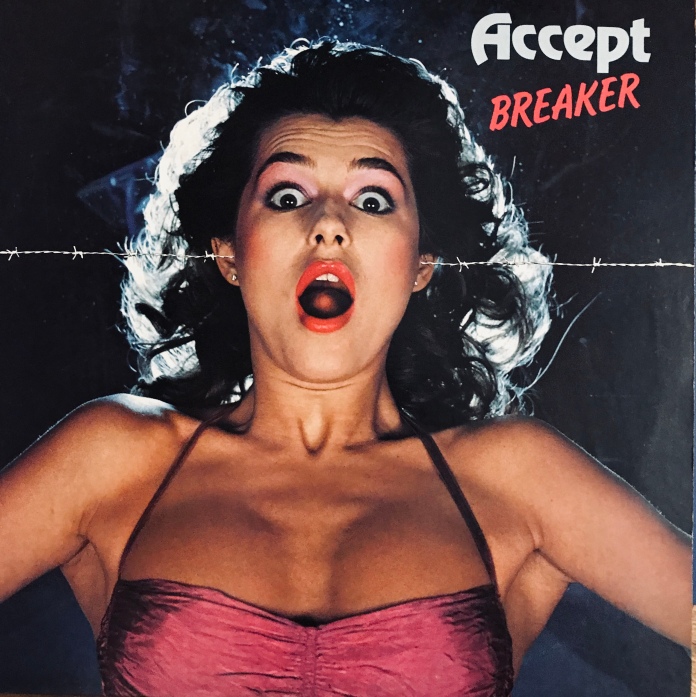 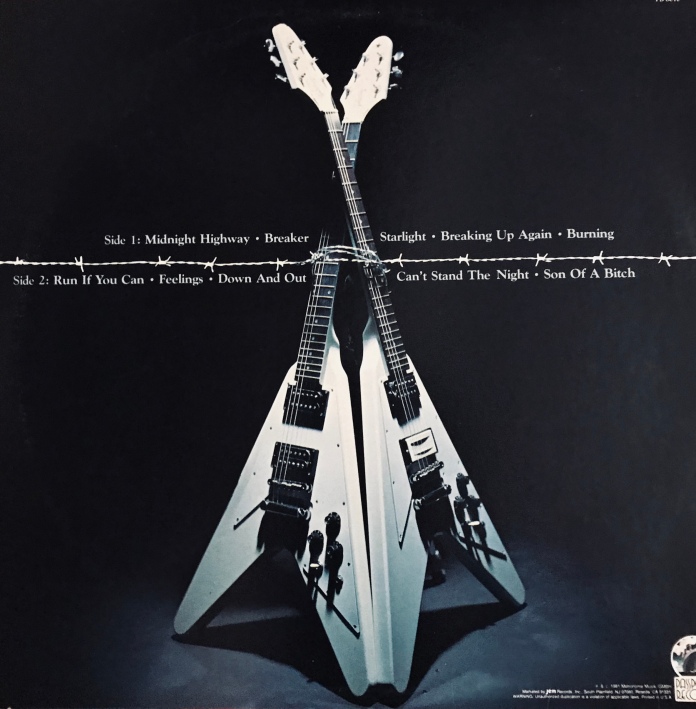 “Breaker“ is a good album. The rise started here.

“Starlight” has cool riffs as Udo deals with the bright lights of Hollywood. “Breaker” is a part of the history of speed metal. “Burning” is a 12 bar blues metal tune in the vein of “Born To Be Wild” from Steppenwolf.

“Feelings” has Hoffman galloping his way to glory and delivering a tribute to AC/DC as well.

“Midnight Highway” is an AC/DC cut that Angus and Malcolm Young didn’t write because they didn’t have Judas Priest and Slade as influences. 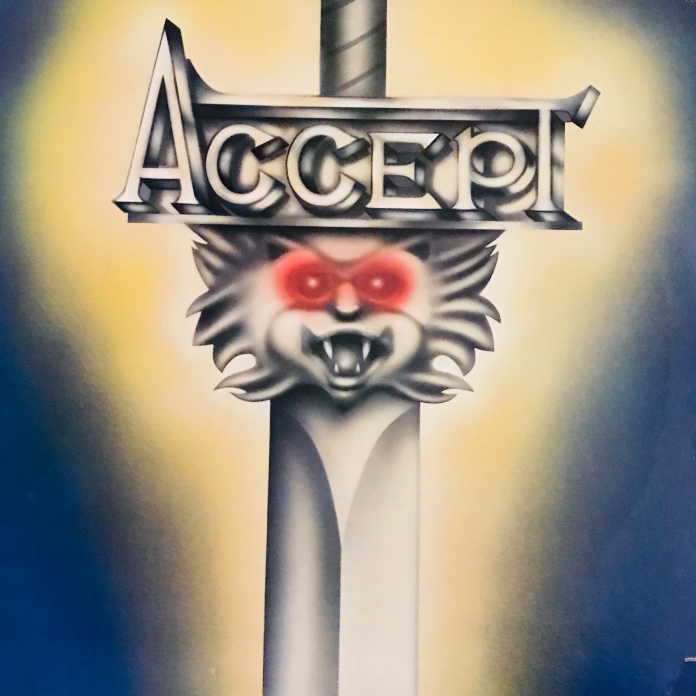 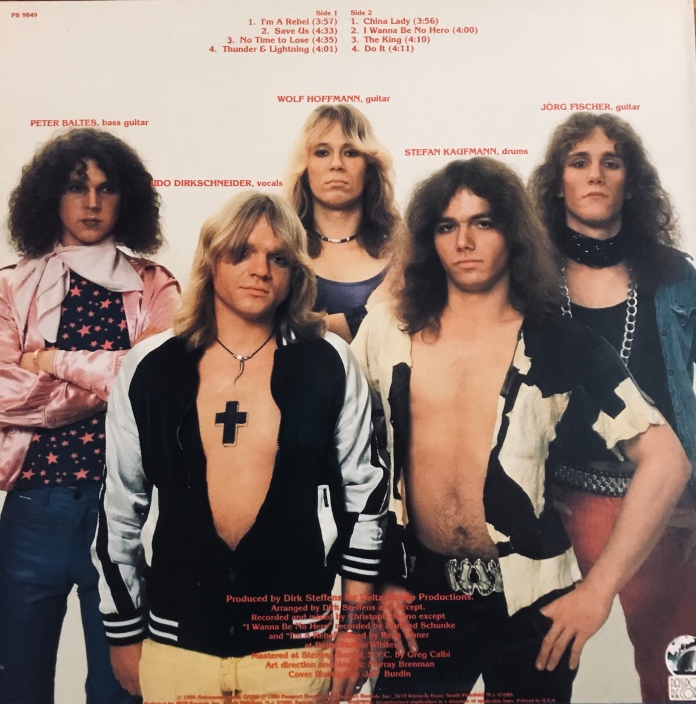 The “I’m A Rebel” album is not on Spotify but YouTube has it, so I listened to it as I couldn’t really remember a track from it.

And I remembered I enjoyed listening to it, and I still didn’t remember a song from it apart from the title track.

Many years later I came across the Accept debut album and the “Restless And Wild” album on CD. The debut is not on Spotify however “Restless and Wild” is. 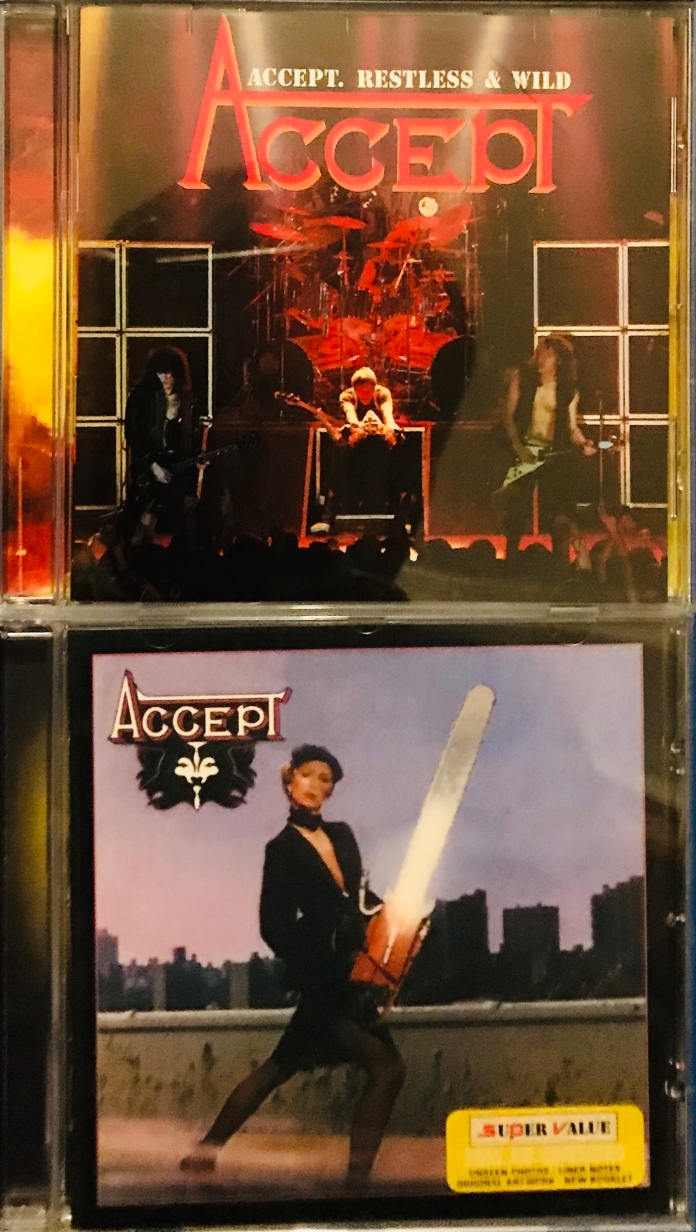 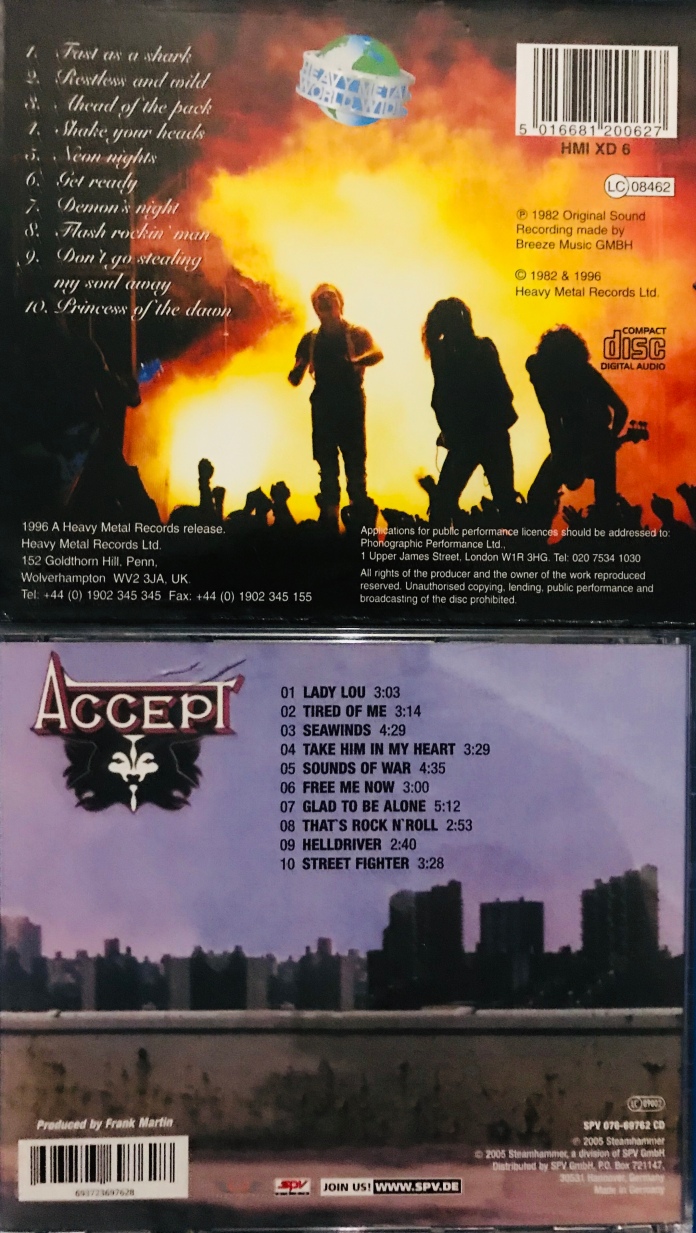 “Fast As A Shark” is fast and I was wondering if a young James Hetfield or Dave Mustaine were listening. Then again, the song owes its roots to Motörhead and Judas Priest.

“Restless and Wild” immediately hooked me in with its “Barracuda” galloping riff.

“Ahead Of The Pack” continues the riff assault.

“Neon Nights” is excellent, with a cool bass groove, melodic riffs, a verse that reminds me of “Welcome To My Nightmare” and a Chorus as good as any pop chorus doing the rounds at the time.

“Flash Rockin Man” intro is part of the “One Riff To Rule Em All”. In case you’re wondering what I’m talking about, I did a post a while go about the riff which I know as “Two Minutes To Midnight” and how for a period between 1976 to 1986, that riff was rewritten into different derivative versions by a lot of different artists.

“Princess Of The Dawn” has a riff which should be part of the melodic metal canon if it isn’t already.

5 thoughts on “The Record Vault -Accept”