This album is special for me because it’s on “The Book Of Souls” tour that I took my whole family to watch the mighty Maiden.

My youngest was only 4. He kept singing “The Trooper” on the way ya up, the Chorus wooh part and he didn’t even stay awake long enough to hear it live.

Yep, he crashed out at a Maiden concert. My wife held him the whole time.

My other two kids were 10 and 9, and this album is there first Maiden album experience.

Nowadays they have their own playlists which incorporates all the Maiden albums. I think I did okay in fostering their love for metal music and Iron Maiden.

It wasn’t even mastered as the band wanted the raw mix.

And what an album to get stuck into.

Adrian was writing shorter songs like “Speed Of Light” and “Death Or Glory”.

“If Eternity Should Fail” is a great Maiden song once the dramatic 2 minutes is done with.

“The Red And The Black” has the chants like it’s a football match, a perfect tribute for the Maiden fan base by Steve Harris.

And management wanted a single album but Bruce had other ideas for the album with a piano he won at an auction and his two finger technique proving the catalyst for the longest Maiden song “Empire In The Clouds”. 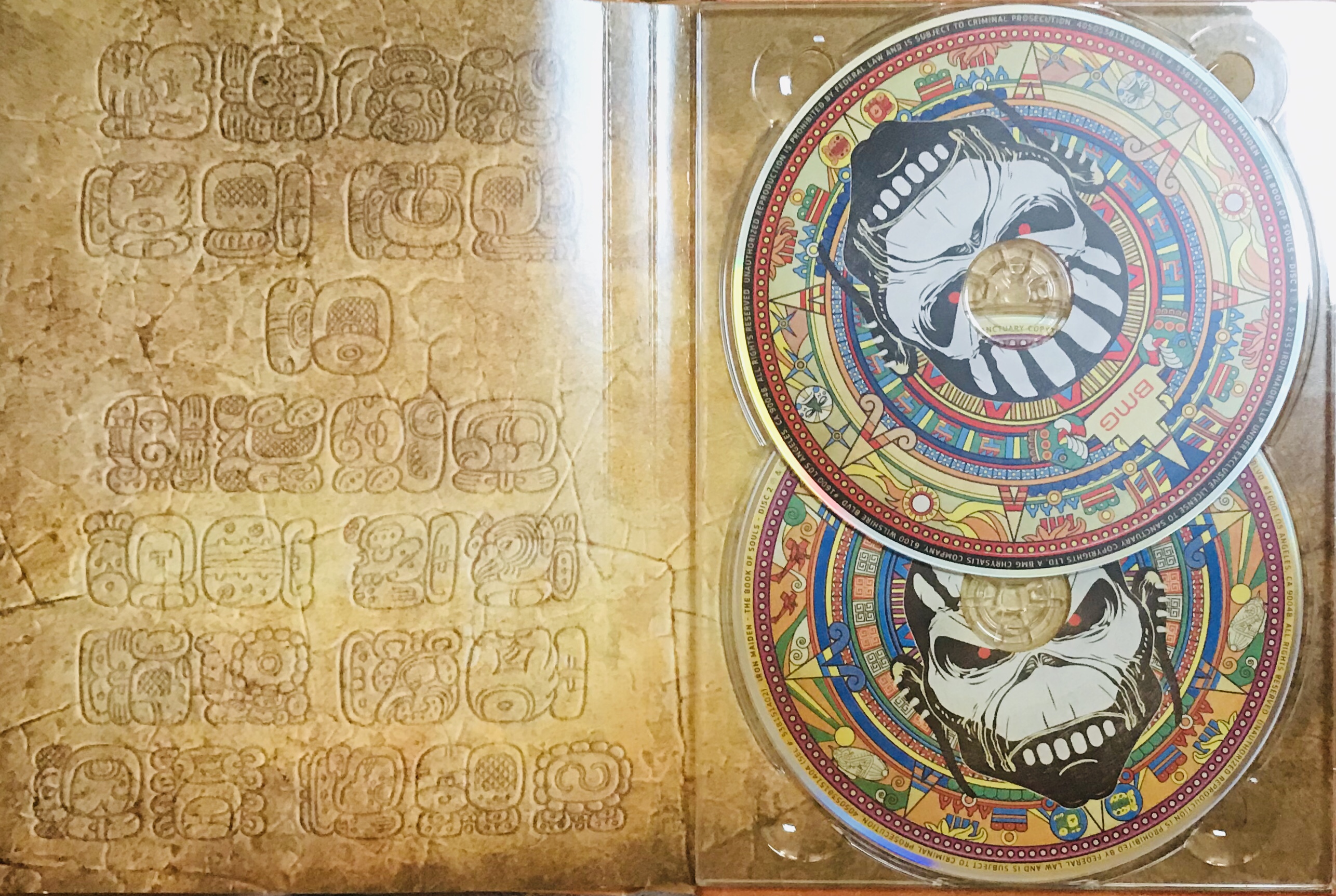 Then the massive tour happened with the Aztec Culture and the classics.

And maybe it would have been the last album for the band, but CoVid has given em all time off.

6 thoughts on “The Book Of Souls”