When I heard that Bon Jovi was back together and recording, I was looking forward to the “Keep The Faith” release.

I enjoyed what JBJ and RS did on their solo albums and of course I enjoyed NJ and SWW and the rest of their 80s output.

The “Keep the Faith” single dropped and although Jon Bon Jovi’s “Jennifer Aniston” hair moment took a lot of the conversation, their was no denying the power of the track. And I purchased the CD single. 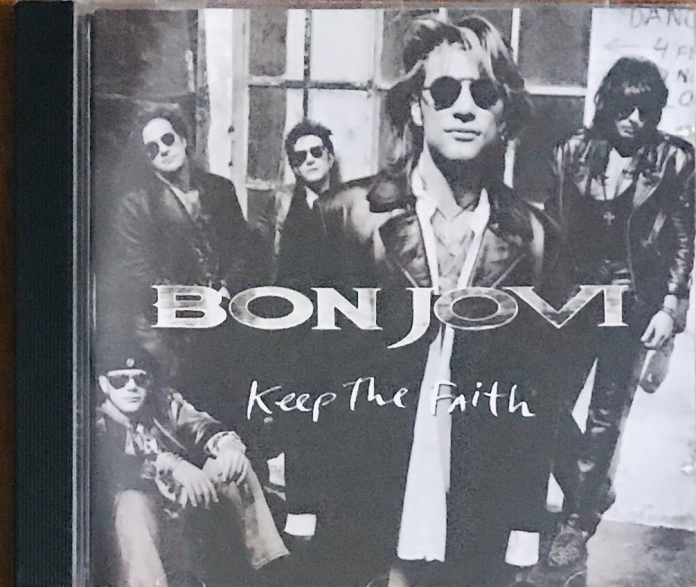 The bass riff to kick it off, the piano chords, the U2 Edge Like Guitar in the pre Chorus and of course the massive arena rock Chorus.

Underpinning it all are the melodies and lyrics of trying to keep our heads up even when the world tries to knock you down. For some of the youth of the 80s who had grown up with metal and rock music, we needed a little bit of faith and hope at this time. 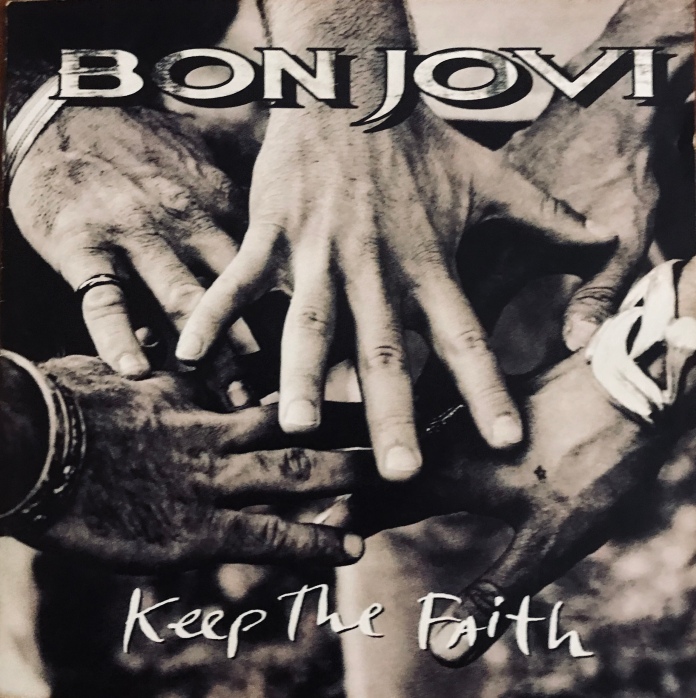 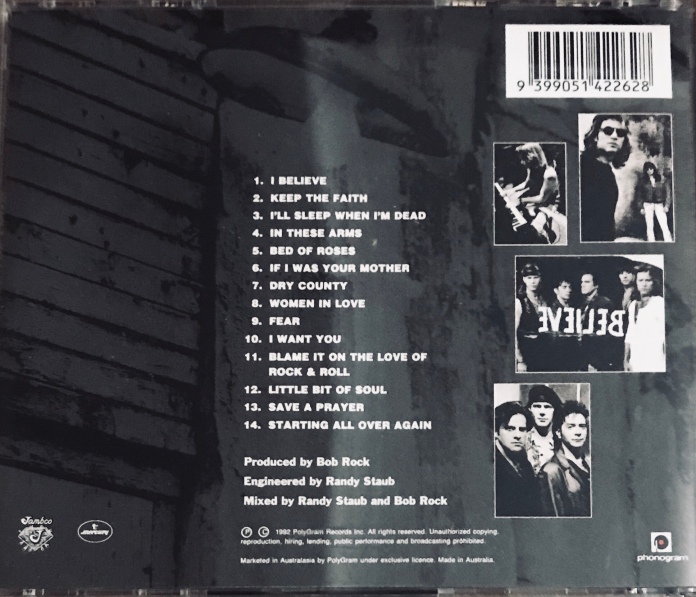 Then the album dropped and “Dry County” just got me hooked. The full 10 minutes of it, their opus and a song they never attempted to rewrite again.

Why have multiple 10 minute songs when one is enough?

And it’s also home to their worst song as well in “Bed Of Roses”. Well that was until the next album and “This Ain’t A Love Song” took its place. Jovi does Ballads well, but these ones felt just too orchestrated and lacked authenticity.

Plus it’s the home to some of their grooviest in “Save A Prayer”, a bonus track.

But “Dry County” (along with their earlier albums) is the reason why I still give Bon Jovi a chance, even after their last three current albums. 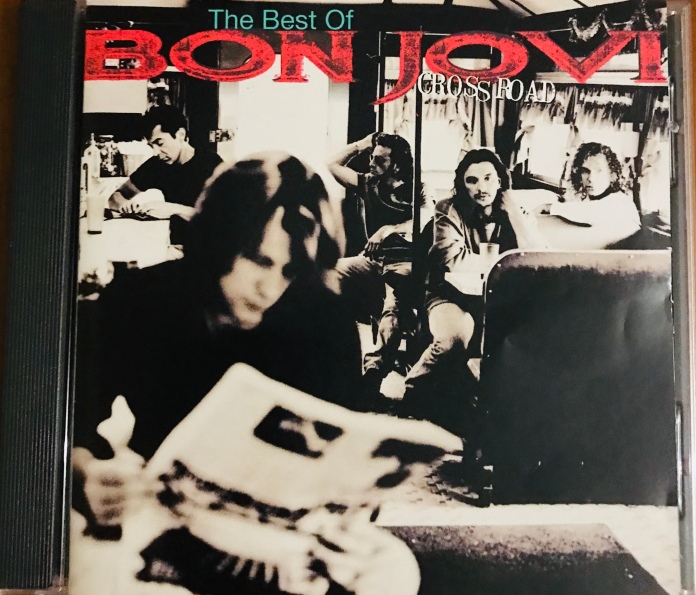 Then came “Crossroad”, a cash grab “Best Of” because it had a few new songs like the number 1, “Always” and top ten “Someday, Ill Be Saturday Night”.

“These Days” came out and although I wasn’t really enthused with “This Ain’t A Love Song” I was still a first day buyer.

And the first two songs “Hey God” and “Something For The Pain” kick it off nicely, until “This Ain’t A Love Song” ruined the flow.

Hey God, do you ever think about me

“These Days”, “Lie To Me” and “Damned” (which is “Keep The Faith” part 2) follow nicely and “Something To Believe In” and “If That’s What It Takes” are worthy editions but after that, the album becomes repetitive and a bit of a bore. “My Guitar Lies Bleeding In My Arms” has some moments. And I don’t like “Diamond Ring” at all.

For diversity and grown up lyrics, it’s one of Bon Jovi’s best albums. For the singles released, one of the worst A&R choices ever. And it sold more around the world than in the US because the whole world was in those same places that Jovi referenced in the lyrics.

We all needed something for the pain and something to believe in because what we did before wasn’t working anymore like working hard with the view that we will rise to the top.

Then came an expensive solo album in between movies for JBJ, which I enjoyed to listen to, as it captured the British popgeist that Oasis created and album closer “August 7” channeled Neil Young. But it did nothing in the U.S. while it saw success everywhere else.

For the record, the album had five producers, a shitload of engineers, a lot of musicians and Jovi got to write with some different writers this time, like Dave Stewart from the Eurythmics, Eric Bazilian (who wrote “One Of Us” for Joan Osborne) and Mark Hudson who wrote heaps with Aerosmith.

And Jovi realized that his strength and fame is with the Bon Jovi franchise as this became the last solo album he did.