I started this Bon Jovi Record Vault post a while back, starting off with Cassettes, then Vinyl and now CD (with the Vinyls added for extra color).

And I’ve basically got Jovi’s 80s output on CD and LP. The first photos are from the first two albums. The 2 CD box set was $9.99 and I got the CDs a lot later than the LP.

This post isn’t a review of the albums as I have covered them in other posts. 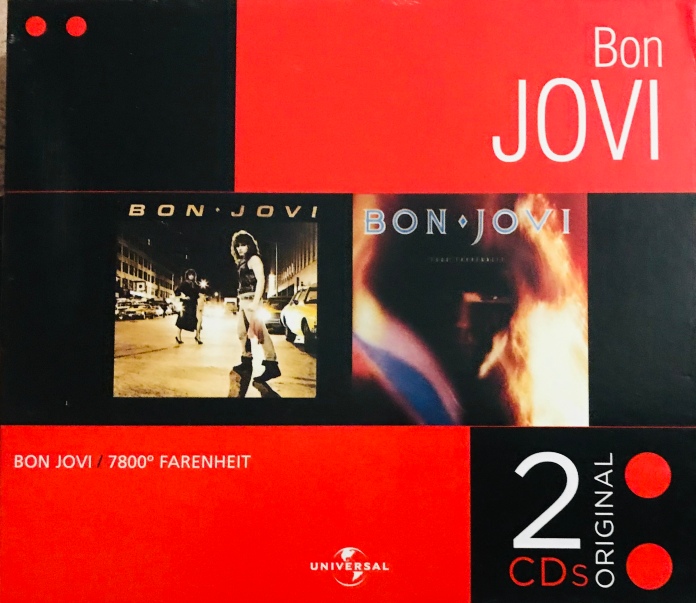 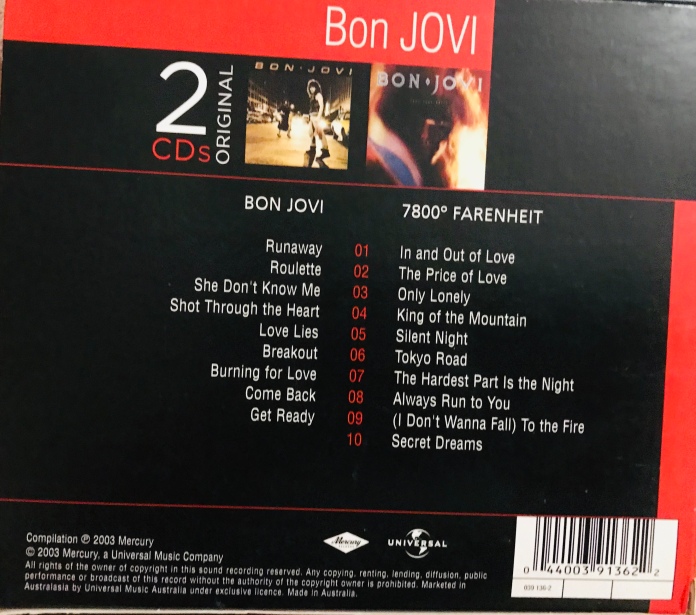 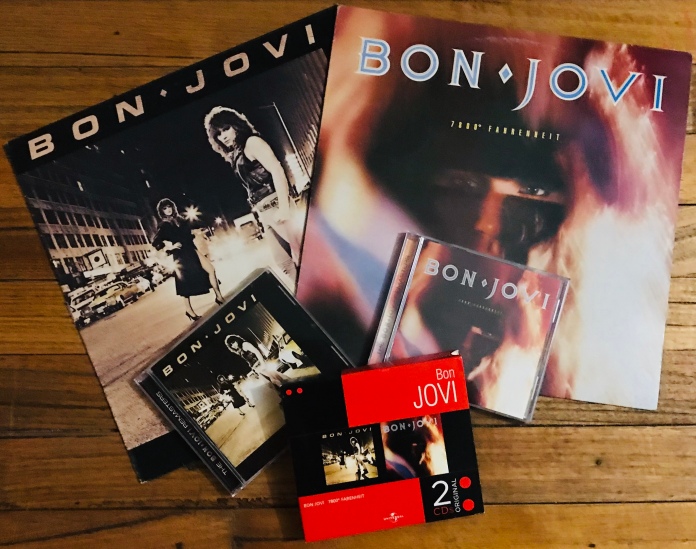 Next up is the 20 million plus selling third album. I really thought that this album would get the 4 CDs special anniversary treatment in 2016 with the Pizza Parlour demos getting an official release. But so far it hasn’t.

Maybe Jovi is waiting for the 40 year anniversary in 2026, to capitalize on his most successful album. 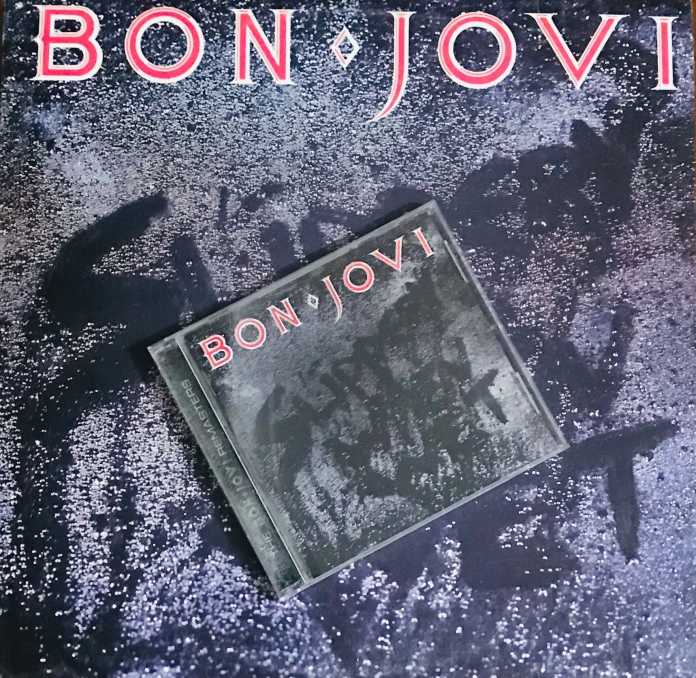 The 3 Disc Deluxe Anniversary Edition of “New Jersey” is fantastic, because you get the original double album with it, the “Sons of Beaches” Demos 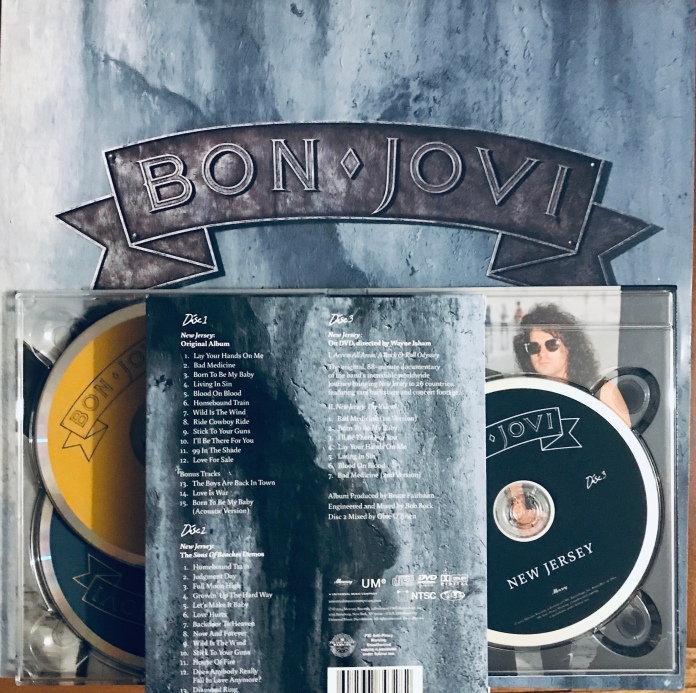 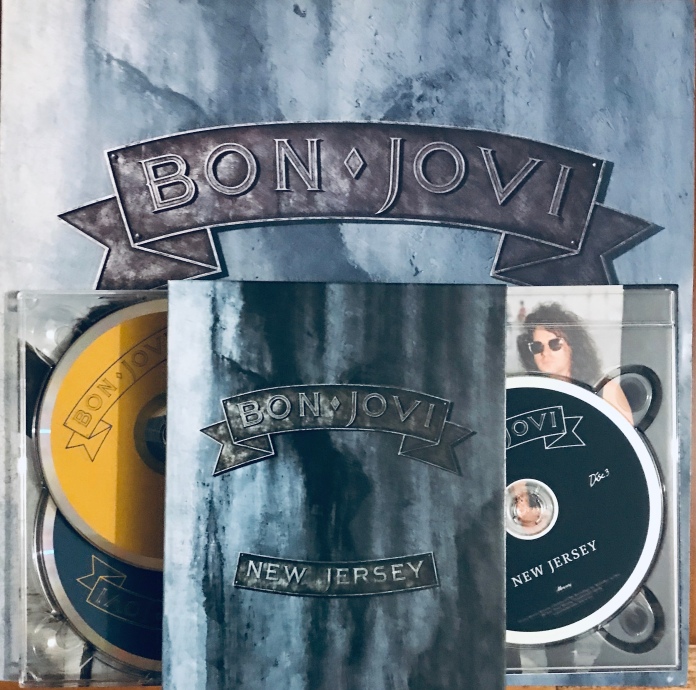 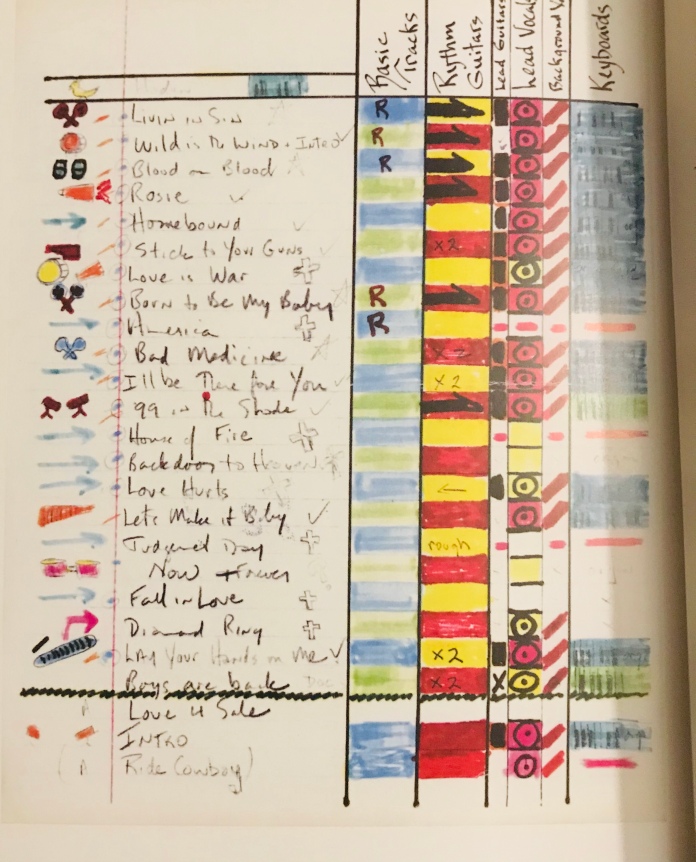 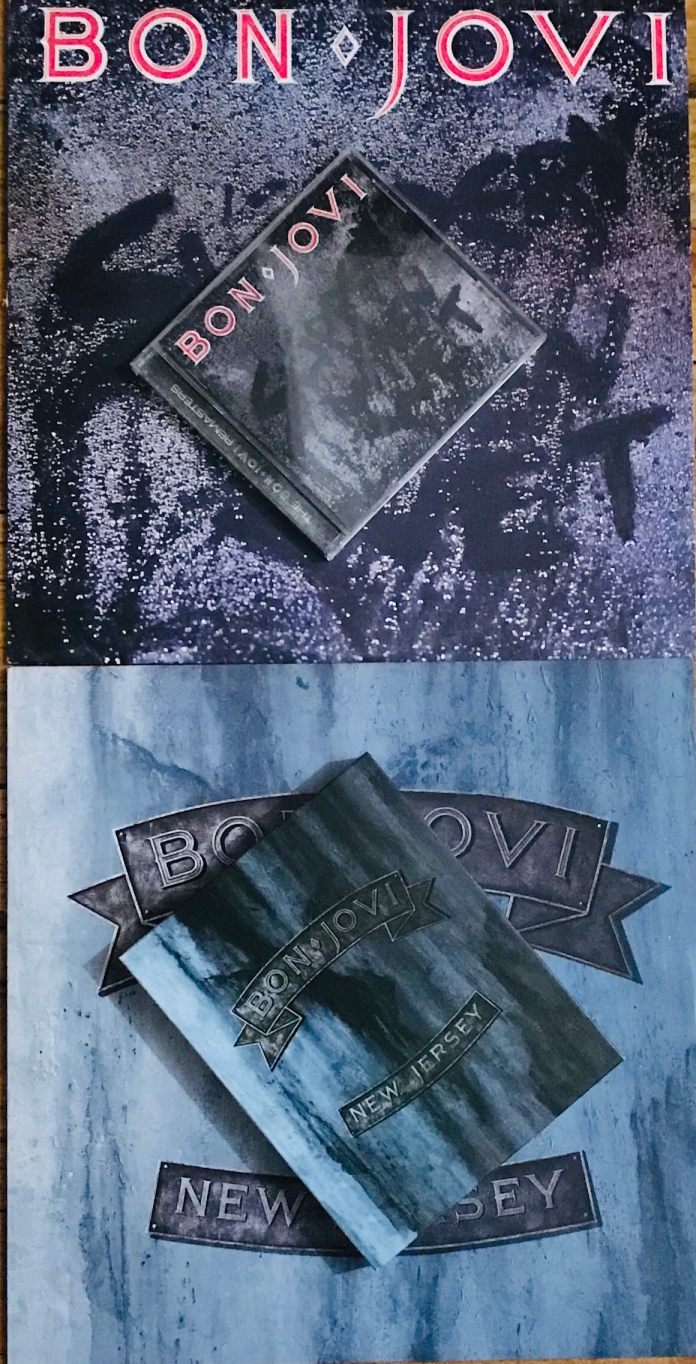 To wrap it up, Bon Jovi finished the 80s as one of the biggest bands in rock with concert grosses and record sales hitting record highs. Only U2 rivaled their power as a group.